Employer guidelines with regard to CCMA procedures

Employer guidelines with regard to CCMA procedures 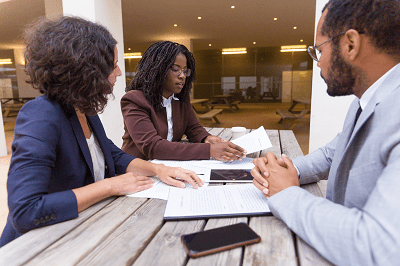 Every employer has been, or most likely will in future be summoned to the Commission for Conciliation, Mediation and Arbitration (CCMA) by an employee or former employee.

It would therefore be helpful to ensure that they know the procedures and have made the necessary preparations to present a decent case at the CCMA.

This article aims to explain the purpose of the CCMA as well as provide some guidance for employers with regard to the procedures.

What is the purpose of the CCMA?

One of the main objectives of the Labour Relations Act (LRA) 66 of 1995 is to promote the effective resolution of labour disputes. In order to give effect to this objective, the Commission for Conciliation, Mediation and Arbitration, better known as the CCMA, was created.

The CCMA is an independent statutory body for resolving disputes efficiently, expeditiously and inexpensively. It is mandated to promote social justice and fairness in the workplace by delivering ethical, qualitative, innovative and cost-effective dispute  and resolution services, institution-building services, education, training and development and efficient administration.

The functions of the CCMA are set out in section 115 of the LRA, which states, amongst other things, that the Commission must attempt to resolve, through conciliation, any dispute referred to it and, if the dispute remains unresolved after conciliation, must arbitrate the dispute if so requested by any party in the dispute.

What are the proceedings at the CCMA?

When a dispute has been referred to the CCMA, the respondent must be informed of the referral and thus a form 7.11 will be completed and delivered to the respondent and the CCMA. The CCMA will then send out a notice to both parties advising them to attend either conciliation, arbitration or a con/arb. The notice will include the date, time and venue where the proceedings will take place to enable parties to timeously prepare for the CCMA process.

What is the conciliation stage?

During this stage, the Commissioner will facilitate negotiations between the parties in an attempt to resolve the dispute and arrive at a mutual agreement. He/she does not have the power to make a binding determination and will only make suggestions or recommendations to assist the parties to arrive at a possible settlement.

If the notice to attend indicated that the matter is set for con/arb, it means that arbitration will take place directly after conciliation (on the same day) if the dispute remains unresolved after conciliation. However, the respondent may lodge an objection to the con/arb before the proceedings take place to ensure that the proceedings do not take place on the same day. Therefore, it would be important for employers to establish the procedure that would apply, in order for employers to prepare the necessary objections should they wish to split the proceedings.

What is the arbitration stage?

The adjudication of the CCMA is final and binding and may be made an order of the Labour Court if the Director of the CCMA certifies the judgement.

Therefore, it would be of utmost importance for employers to apply due diligence and prepare for arbitration by gathering facts and evidence and ensuring that their witnesses will be available on the day of the arbitration. Employers must not ignore any notice received from the CCMA.

What is the appeal or review process?

Employers are advised to consult with SERR Synergy as we specialise in labour relations where we guide and assist businesses in a practical and supportive way. We assist employers to ensure that all matters are dealt with fairly and according to the relevant procedures and we can provide guidance during preparations for CCMA matters.

About the author: Angelique van der Sandt joined SERR Synergy in March 2017.  She is a Senior Labour legal advisor at our Cape Town branch.  She is an admitted attorney of the High Court of South Africa and completed her Bachelor of Arts (BA) in Law and subsequent Bachelor of Laws (LLB) degrees, Law School and post-graduate Certificate in Advanced Labour Law at the University of Pretoria.

Are B-BBEE Trusts still valid and what are the requirements?
The objective of B-BBEE is to increase the effective participation of black people in the South African economy and promote a more equitable income distribution.  In this regard, trusts can provide financial benefits to more black people than individual ownership structures can.
Read More ›
What type of information should be included in a PAIA manual?
The Promotion of Access to Information Act (PAIA) requires that entities declare and categorise the information available in their businesses in the form of a Manual, which must be submitted to the Information Regulator, while a copy thereof must at all times be available on the business’s premises and website.
Read More ›
Understanding the “spirit” of uBuntu and how it links to B-BBEE and South African law
What is the Spirit of uBuntu? uBuntu is essentially about togetherness, and how all our actions have an impact on others and on society.
Read More ›

UNEMPLOYED INSURANCE FUND (UIF) APPLICATION GUIDELINES COVID-19
The stark reality for many Employers is their inability to pay their employees during the national lockdown period and/or thereafter should the period of the lockdown persist for longer than the current 21-day period.
Read More ›
May an employer change the sanction or outcome of a Disciplinary Hearing?
What happens when an employer is unhappy with the sanction imposed by the chairperson, which in most cases is less severe than dismissal?
Read More ›
Employee rights to privacy when using smart devices in the workplace
To what extent can an employee claim rights to privacy in regard to the use of a smart device in the workplace? Employers often feel they are walking a tightrope when faced with how and/or when it might be appropriate to deal with an employee who uses his/her personal phone or
Read More ›
COVID-19
Online Resource & News Portal
SAcoronavirus.co.za