What is meant with a “tacit or implied term” in a legal agreement?

What is meant with a “tacit or implied term” in a legal agreement? 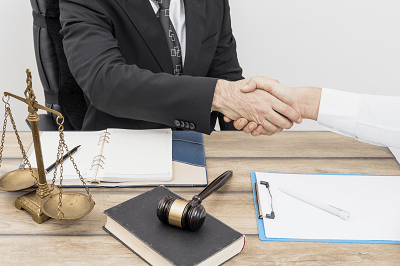 A tacit term is an unexpressed provision in a legal agreement or contract which derives from the common intention of the parties and which is inferred from the express terms of the contract and the surrounding circumstances.

In Alfred McAlpine & Son (Pty) Ltd v Transvaal Provincial Administration, the court stipulated a tacit term to be ‘. . . an unexpressed provision of the contract which derives from the common intention of the parties, as inferred by the Court from the express terms of the contract and the surrounding circumstances’. Whether a contract contains such a term is a question of interpretation. Generally, a court would be very slow to import a tacit term into a contract, particularly where the parties have concluded a comprehensive written agreement that deals in detail with the subject and where it is not necessary to give the contract business efficacy.

With reference to Pan American World Airways Inc v South African Fire and Accident Insurance Co Ltd, the first step in the inquiry as to the existence of such a term is whether there is any room for importing the alleged tacit term into the agreement.

An important aspect is the way the parties have expressed themselves as to the rights granted, with an ambiguity that leaves the door wide open for a tacit term to be considered.

It is important to consider what the parties had intended or implied upon concluding an agreement. A tacit term is proved by circumstantial evidence, not by direct evidence.

What is the difference between tacit or imputed tacit terms

The Common Law test associated with a tacit term is known as “The Bystander Test”. This test is derived from English law, informally explained by the example of a bystander asking the parties whether a certain term should be included in the agreement, with the parties retorting that such a term is "of course" already mutually part of the agreement, which therefore means it is apt for implication.

One could also revert to what a reasonable person (“Reasonable Person Test”) would understand it to mean, although the instrument does not expressly say so. A reasonable person denotes a person who exercises average care, skill and judgment in conduct and who serves as an objective comparative standard.

Tacit terms are a reality when it comes to the interpretation of agreements and can also result in a lengthy litigation process; therefore, everyone should be vigilant when it comes to agreements to ensure that a comprehensive agreement is concluded to mitigate future conflicts relating to tacit terms.

It is important to bear in mind that although tacit or implied terms originated from common law, certain modern statutes, especially those aimed at addressing or balancing social justice, such as the Labour Relations Act, Basic Conditions of Employment Act, Consumer Protection Act and National Credit Act, contain provisions that apply in respect of agreements, although these provisions do not form part of the terms and conditions of an agreement. There are, therefore, certain statutory provisions which regulate the terms and conditions of an agreement as if they form part of the agreement and such provisions may override agreed terms and provisions, which the legislature deemed in the public interest to apply as an “implied” term.

These social justice statutes in fact encroach upon and curtail the contractual freedom of parties enjoyed under the common law to promote the values and principles of social justice in terms of our new legal dispensation under the Constitution.

In respect of the tacit or implied term principle emanating from the Common Law alluded to above, the court will undoubtedly be compelled to keep the provisions, principles and values of the Constitution in mind when interpreting any tacit or implied term in an agreement, as the Constitution places an obligation on the courts to develop the Common Law to coincide with the constitutional values.

SERR Synergy specialises in compliance services, which involve the conclusion of agreements, such as contracts of employment, shareholders agreements, etc. Our objective is to address each individual’s or business’ requirements by ensuring that our agreements comply with all legal requirements.

About our Author: Judy Kotze holds an LLB from the University of Pretoria and was admitted as an attorney of the High Court in 2015. She started working at SERR Synergy in 2015 where she is currently the Assistant Manager of the Corporate Legal Advisory in Pretoria, setting up and advising businesses on unique ownership structures.

Directors’ misconception of what their obligations and liabilities are
More than half of South African business owners and directors have, by their own admission, failed to grasp their duties in terms of the new Companies Act. For the purpose of this blog it is important to understand the real meaning of obligation, namely: An act or c
Read More ›
Piercing the corporate veil under Companies Act 71 of 2008
S76 of The Companies Act codifies directors and prescribed officer’s fiduciary duties towards the companies (fiduciary relationship) and its stakeholders.
Read More ›
A Survivor’s Guide to Whistleblowing
It is important that organisations understand the ethical importance and necessity of whistleblowing and ensure that their employees fully understand the relevant procedures and policies governing whistleblowing. What is a Whistle-blower? A whistle-blower can broadly
Read More ›
COVID-19
Online Resource & News Portal
SAcoronavirus.co.za