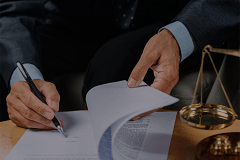 The advantage of arbitration, conciliation and mediation in resolving disputes is that it is an informal process and not governed by Court Rules or the Law of Evidence.

To comprehend the benefits of any alternative dispute mechanism, it is important to understand the meaning of mediation and arbitration.

In this article we aim to explain some basics about the mediation and arbitration process.

Rule 73 of the Magistrates’ Court Rules adequately defines ‘mediation’ as ‘the process by which a mediator assists the parties in actual or potential litigation to resolve the dispute between them by facilitating discussions between the parties, assisting them in identifying issues, clarifying priorities, exploring areas of compromise, and generating options in an attempt to resolve the dispute.

Mediation is less complex and comes more naturally as we all mediate in our day-to-day lives; for instance, in the workplace where two employees are involved in a dispute. In normal working circumstances, there will be a ’mediator’ who stands between the two employees to help resolve their differences. The word “between” is similar to the word “middle”. In fact, the word ‘mediation’ is etymologically derived from the Medieval Latin mediatonem (nominative mediatio), meaning ‘the division in the middle’.

What is the aim of mediation?

The aim of mediation is to involve an impartial person who can show care within the midst of two disputants. Thus, mediators are not judges but merely help the parties towards settling their disputes. The parties will decide on the outcome of the settlement, where each of them plays a critical role and has a 50% veto right on whether they accept the proposal or not. No party will leave feeling dissatisfied. Litigation, on the other hand, has either a winner or a loser. The purpose of mediation, of course, is to create consensus between parties, whereas Court matters create clean-cut rules based on law, resulting in dissensus.

There are, however, instances where parties cannot compromise to resolve their issues. The mediation will then be terminated, and the matter will go to court. With ADRs, the parties can resolve their dispute without having to prove their case in a court process, but instead traverse points with the hope to conclude and compromise within the specific situation. This is where the ADR principle comes into play. Parties can negotiate by talking to one another with a view reaching a common basis of understanding of what satisfies the situation premised on good grounds and non-discriminating factors.

What does the arbitration process entail?

This process can be in the form of mediation in front of a third party (mediator), or arbitration where the parties no longer attempt to reach consensus but instead appoint a professional in the specific field of dispute to make the final decision on the action applicable to the agreement.

When an arbitrator is appointed there will be no right to appeal (unless specifically provided for in a pre-arbitration agreement) after the decision is made. The arbitrator’s decision can be made a court order and can be enforced the usual way. Arbitration mostly involves cases related to building contracts, contracts of sale, labour disputes and commercial disputes between parties as determined in a written agreement as a dispute resolution mechanism, emanating from the agreement. ADR is, however, not necessarily suitable for the solution of all disputes. Sometimes litigation in the courts is inevitable, especially when urgent interdicts or court orders are required.

SERR Synergy provides local and multi-national businesses, ranging from SMMEs to large organisations and across a broad spectrum of industries, with tailor-made strategies and solutions to meet South Africa’s legislative requirements.

The potential benefits of mediation will become self-evident and will prove invaluable to the judicial process, to society in general, and to legal practitioners and their clients. This form of ADR should be encouraged by our legal practitioners as it could lead to a tremendous decrease in court cases and hence serve the ends of justice. It is informal, saves time, it is cost-effective and voluntarily.

About the Author: Ursula Jordaan gained valuable experience in her previous roles as creditors clerk and HR manager. She joined SERR Synergy in 2018 and currently works in the Ownership Department as a Corporate Legal Advisory Team Lead. She is currently involved with the implementation of collective ownership structures and shareholding transactions for businesses.

Debunking the myths about Close Corporations
In order to debunk this myth, we will discuss the differences in this blog between the following:
Read More ›
The legal nature of Co-operatives in South Africa
A co-operative is a registered entity that provides services or products to its members.
Read More ›
Working from home tax deductions
The Covid-19 pandemic, together with lockdown levels implemented by government, has resulted in numerous employees working from home.
Read More ›
COVID-19
Online Resource & News Portal
SAcoronavirus.co.za