Piercing the corporate veil under Companies Act 71 of 2008

Piercing the corporate veil under Companies Act 71 of 2008 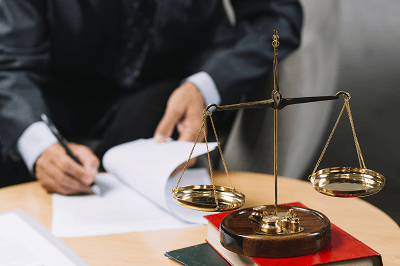 S76 of The Companies Act codifies directors and prescribed officer’s fiduciary duties towards the companies (fiduciary relationship) and its stakeholders.

Furthermore, these fiduciary duties aim to keep directors of the company accountable for their actions and ensures the King IV Corporate Governance principles of accountability and transparency.  The Act further states that should a director not fulfil their responsibilities and duties towards the company, that the company and under certain circumstances the shareholders can hold them liable for their actions, as provided for in s218 of The Act.  Accordingly, a company’s directors must meet or fulfil their fiduciary duties and responsibilities. Creditors wanted to find a way in which they can hold directors of the company liable for their actions, the common law developed the doctrine of “piercing the corporate veil” which was further developed and codified in terms of s20 of The Act.

What is “Piercing of the Corporate Veil”

Judicial precedent has clarified the position of the doctrine and how many of these cases are applied and interpreted. When the courts look at piercing the veil of incorporation, they look to remove the separate legal personality of the company’s structure. In the case of Cape Pacific Ltd v Lubner Controlling Investments (Pty) Ltd and others[1], directors and shareholders were held liable for their actions as it was found that they involved the company in fraudulent activities.

In the Knoop NO and Others v Birkenstock Properties (Pty) Ltd and Other[2], the court held the following:

“the corporate veil may be pierced where there is proof of dishonesty, improper conduct or fraud in the establishment or the use of the company or the conduct of its affairs and in this regard it may be convenient to consider whether the transactions complained of were part of a “cloak”, “device” or a “sham”’.

The court cannot just remove the personal liability of the company and thus must look at the circumstances and the facts of each case when deciding whether to pierce the corporate veil. This is at the sole discretion of the court. However, the court may also institute any other court order that it sees fit and assign liability where it is due. Any aggrieved person may approach the court and ask the court to investigate whether that piercing the corporate veil is an appropriate remedy for the abuses to the Companies juristic personality.

The way forward under The Act:

If, on application by an interested person or in any proceedings in which a company is involved, a court finds that the incorporation of the company, constitutes an unconscionable abuse of the juristic personality of the company as a separate entity, the court may –

Interesting to note in this context the provisions of section 332 of the Criminal Procedure Act 51 of 1977 that the criminal activities committed by a company may be imputed on directors of the company consequently, directors cannot hide in the event of criminal miscreants behind the legal personae of a company to escape criminal prosecution.

Therefore, in conclusion the courts are reluctant to pierce the corporate veil and will only do so in exceptional circumstances. However, from the judicial precedent it is evident that if the prescribed officers and directors of the company are involved in fraudulent activities, it’s in the company’s best interest to have its personality separated from that of its directors, members and prescribed officers. Thus, the piercing of the corporate veil is a legal concept developed to protect the company and hold the directors of the company accountable for their actions. Schoeman stated that “the courts have traditionally followed a more conservative approach when deciding to pierce the corporate veil and furthermore, the courts should not just look at cases in this regard but s20 of The Act which codified the doctrine”[3].

In order to avoid any corporate governance issues from occurring, SERR Synergy assists directors with any liability issues they may face within the ambit of the Companies Act and provides fiduciary training for directors.

Tips on choosing the best legal structure for your business
Starting a new business comes with much ambiguity and responsibility. There seems to be so many legal requirements when setting up a business that it can be overwhelming.
Read More ›
Debunking the myths about Close Corporations
In order to debunk this myth, we will discuss the differences in this blog between the following:
Read More ›
Piercing the corporate veil under Companies Act 71 of 2008
S76 of The Companies Act codifies directors and prescribed officer’s fiduciary duties towards the companies (fiduciary relationship) and its stakeholders.
Read More ›
COVID-19
Online Resource & News Portal
SAcoronavirus.co.za