What is the effect when an existing Shareholders’ agreement is inconsistent with the Companies Act or the company’s Memorandum of Incorporation?

What is the effect when an existing Shareholders’ agreement is inconsistent with the Companies Act or the company’s Memorandum of Incorporation? 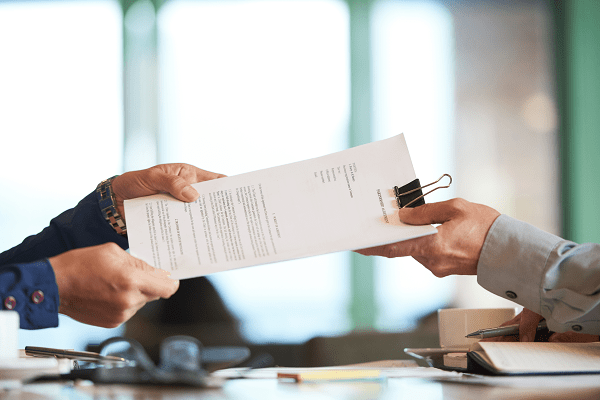 A question that often arises is whether a shareholders’ agreement is subject to a company’s Memorandum of Incorporation (MoI).

Unlike the regime under the previous Companies Act 61 of 1973, the most important document governing a company in terms of the present Companies Act 71 of 2008 is the MoI.

The MoI sets out the rules governing the company, as adopted by its incorporators and owners.

In a previous blog we discussed 'Directors' misconception of what their obligations and liabilities are', in this article we discuss in more detail whether a Shareholders' agreement is subject to a company's Memorandum of Incorporation (MoI).

What are the requirements for the content of an Memorandum of Incorporation (MoI)?

Section 15 of the present Companies Act imposes certain specific requirements on the content of an MoI and sets out the rights, duties and responsibilities of shareholders, directors and other persons involved in a company. It further protects the interest of shareholders in the company, and provides for a number of rules / alterable provisions which companies may accept or alter as long as it is in line with the Companies Act.

What is the purpose of a Shareholders’ Agreement?

These provisions set out the rights and obligations of shareholders to dispose of their shares in certain circumstances, including insolvency, disability, death or retirement. Generally, a price or valuation mechanism should be included.

Every shareholders’ agreement should specify how shareholders will contribute towards the working capital of the business and the implications for any shareholder who does not contribute in proportion to their shareholding.

In smaller companies with only a few shareholders, shareholders’ agreements often contain detailed clauses restricting share transfers so that all shareholders have some control over the identity of those with whom they are in business.  Share transfers of private companies are restricted in terms of section 8(2)(b)(ii)(bb) of the Companies Act by, for instance, requiring director (board) approval or giving existing shareholders first rights to buy shares if a co-shareholder wants to sell shares.

A shareholders’ agreement should permit shareholders of the company to contract with the company or, alternatively, prohibit them from doing so. If contracting is permitted and there are any terms or restrictions that must apply, then these should also be specified, for instance where shareholders are also directors, to avoid a conflict of interest.

These clauses provide for the procedure that must be followed before new shares are issued or transferred. In addition, when a person becomes a shareholder in the company, he or she is generally required to execute a ‘deed of accession’ whereby they agree that the shareholders’ agreement is binding upon them.

Some shareholders will only be shareholders, not directors, of a company. Shareholders may, however, be given ‘observer rights’ to attend board meetings (or certain parts of those meetings), but may not vote.

Shareholders’ agreements should contain clauses that protect the business interests of the company. For example, shareholders may be required to disclose conflicts of interest, be restrained from being involved with competing businesses, and have restrictions imposed on them in dealing with customers of the company.

Deadlock provisions deal with circumstances where shareholders cannot agree on a given course of action (i.e.  shareholders deadlock). This is particularly important where there are only two shareholders, each owning 50% of the company’s shares.

There are a number of ways in which a deadlock can be resolved, including the following:

Regardless of the method of resolution chosen, it is of utmost importance that a method is specified to give effect to the deadlock provisions.

Therefore, a shareholders’ agreement will only be valid and enforceable if is not inconsistent with the Companies Act and MoI of the company.

SERR Synergy assists businesses to comply with the new Companies Act and amended Close Corporations Act by bringing all relevant company documents in line with new legislation. This include assistance with the alignment of company documents, such as the Memorandum of Incorporation (MoI), with the new Companies Act and other legislation as well as setting up of Shareholder Agreements for companies and association agreements for close corporations.

About the Author: Ursula Jordaan gained valuable experience in her previous roles as creditor’s clerk and HR manager. She joined SERR Synergy in 2018 and currently works in the Ownership Department as a Corporate Legal Advisor. She is currently involved with the implementation of collective ownership structures and shareholding transactions for businesses.

Considering Short-time work and Lay-off as an alternative to retrenchment in 2021
The Second Wave of the Covid-19 pandemic will irrefutably place a further colossal financial constraint on businesses and/or numerous revenue sources and/or sector(s). With a fragile economy and an ailing health sector, employers will be compelled to re-evaluate their business operations going into 2021.
Read More ›
What is the legal effect of a resignation when attempting to avoid a disciplinary hearing or sanction of dismissal?
An employer has the right to take justified disciplinary action against employees found guilty of misconduct during their employment, while an employee also has the right to resign and terminate the employment relationship provided that the resignation is not in breach of the contract of employment.
Read More ›
When is a company or a group of companies required to compile consolidated financial statements?
Consolidated financial statements are statements in which the operations of a holding entity with subsidiaries should be reflected as those of a single entity.
Read More ›

What is meant with a “tacit or implied term” in a legal agreement?
A tacit term is an unexpressed provision in a legal agreement or contract which derives from the common intention of the parties and which is inferred from the express terms of the contract and the surrounding circumstances. In Alfred McAlpine & Son (Pty) Ltd v
Read More ›
When is a company or a group of companies required to compile consolidated financial statements?
Consolidated financial statements are statements in which the operations of a holding entity with subsidiaries should be reflected as those of a single entity.
Read More ›
Directors’ misconception of what their obligations and liabilities are
More than half of South African business owners and directors have, by their own admission, failed to grasp their duties in terms of the new Companies Act. For the purpose of this blog it is important to understand the real meaning of obligation, namely: An act or c
Read More ›
COVID-19
Online Resource & News Portal
SAcoronavirus.co.za