The Labour Relations Act and employment of foreign nationals

The Labour Relations Act and employment of foreign nationals 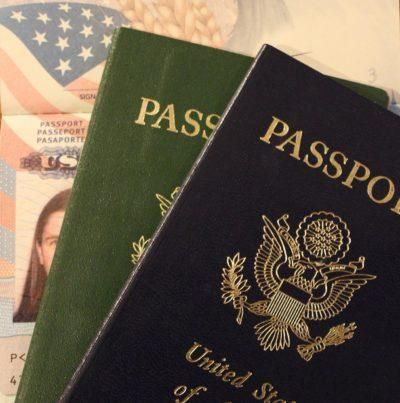 What legislation governs the employment of foreigners in South Africa?

Foreign Nationals are no stranger to the South African labour market. Even though certain industries might be more likely to employ foreigners based on the nature of their trade, legislation governing the employment of foreigners is enforceable throughout all labour sectors.

(1) No person shall employ-

Because of section 38(1), employers are cautioned to conduct thorough background searches on potential employees to be sure they have the necessary working permits (if applicable). Employing an “invalid” foreigner not only exposes the employer to prosecution and fines, but they will also have to deal with labour procedures to dismiss the employee. If employment is offered to a foreigner who does not have the correct permit, the contract of employment is not necessarily void, but the underlying employment relationship would still be the main factor to consider.

In Discovery Health Limited vs CCMA JR 2877/06 (the Discovery case) the Judge makes reference to an article by Craig Bosch. Bosch’s view is that the concept of an employment relationship is an appropriate vehicle to extend the protection of the Labour Relations Act, Act 66 of 1995 (LRA), to unauthorised workers. Even if a contract of employment contains a clause indicating that the employee may be dismissed if their work permit expires, this will not automatically warrant a dismissal without having followed due process.

What is the definition of an employee as per Labour Legislation Act?

The Labour Relations Act (LRA) defines an employee as “any person, excluding an independent contractor, who works for another person or for the State and who receives, or is entitled to receive, any remuneration; and any other person who in any manner assists in carrying on or conducting the business of an employer”, and "employed" and "employment" have meanings corresponding to that of "employee".

In the Discovery case the court held that only an employee as defined in the LRA may claim protection under the LRA. The court further held that because a contract of employment is not the sole ticket for admission into the golden circle reserved for “employees”, the fact that the respondent’s (employee) contract was contractually invalid only because the Applicant (the employer) had employed him/her in breach of section 38 (1) of the Immigration Act did not automatically disqualify him/her from the status of employee.

What then if a foreign national's work permit is invalid or has expired?

As seen above, foreign nationals will enjoy the protection afforded by the Labour Relations Act if they fall under the definition of employee. The contract of employment will not be the deciding factor. Where an employee’s work permit expires, an employer will have to follow fair labour practices before disciplining or dismissing the employee. If any misconduct is present, the employer will have to follow disciplinary procedures. If, however, there is no misconduct, the employer will be advised to follow the incapacity process. This should be differentiated from medical incapacity.

Our experienced labour relations consultants deal comprehensively on your behalf with the relevant labour legislation and most common pitfalls that businesses encounter when employing individuals.

How will picketing rules be regulated in terms of the amendments to the LRA?
What are picketing rules and what is the purpose of a picket?  The proposed amendments to the LRA envisage that the issue of picketing rules would be addressed during the conciliation process of the wage negotiation and that employers would not be in per
Read More ›
THE ADMISSIBILITY OF HEARSAY EVIDENCE DURING HEARINGS AND ARBITRATION PROCEEDINGS
By general definition, ‘hearsay’ is understood as being information that cannot really be proven. It is often heard by someone else and so can easily amount to nothing more than rumours.
Read More ›
Dismissal based on an employer’s operational requirements as per the Labour Relations Act
The current South African economic climate and the financial constraints as a result thereof may compel employers to consider dismissing employees based on operational requirements, resulting in retrenchments.
Read More ›