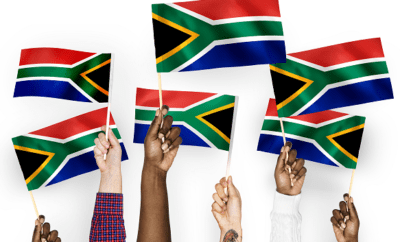 Ownership is one of the most important elements of the BEE Scorecard. It is a priority element, which means a sub-minimum must be scored for the Net-Value component to avoid a lower level on a BEE certificate.

An entity earns points for Ownership based on the participation of Black people in its rights of Ownership, be that direct Ownership or via an entity.

What then qualifies as “Black Ownership”?

The Amended Codes of Good Practice defines Black People as a generic term meaning Africans, Coloureds and Indians who–

On 18 June 2008, the High Court in the case of Chinese Association of South Africa and others vs the Minister of Labour and others, 2008 extended the definition of Black People to include Chinese people.

According to the Amendment Act, there are three ways in which a person can become a citizen of South Africa, namely by birth, descent and naturalisation. For the purpose of this blog, we will discuss each of them in detail.

If someone is adopted in terms of the Children’s Act, 2005 (Act 38 of 2005) and the birth is registered in terms of the Births and Deaths Registration Act, such person shall be deemed a citizen through descent.

The Department of Home Affairs confirms that application for naturalisation shall be made as follows:

As the industry leaders in BEE Consulting, SERR Synergy assists business owners with B-BBEE compliance matters and the implementation of a workable BEE strategy.

Audrey Cloete obtained her LLB degree from the North-West University Potchefstroom. After 7 years in legal practise, she changed career paths by entering the corporate environment in 2009. Audrey joined SERR Synergy in 2015 where she currently works as the National Verification Manager.

Why are B-BBEE collective ownership programmes beneficial for black people?
Businesses and beneficiaries of collective ownership programmes derive many benefits from collective ownership schemes to manage and house the wealth created through B-BBEE share ownership. The main reason is that the assets are often transferred at a discount rather than at th
Read More ›
The importance of learnerships in South Africa
The Skills Development component of B-BBEE is critical for companies to comply with B-BBEE legislation.
Read More ›
3 Most important things you should know about B-BBEE fronting practices
An overview of Broad-Based Black Economic Empowerment and fronting practices.
Read More ›