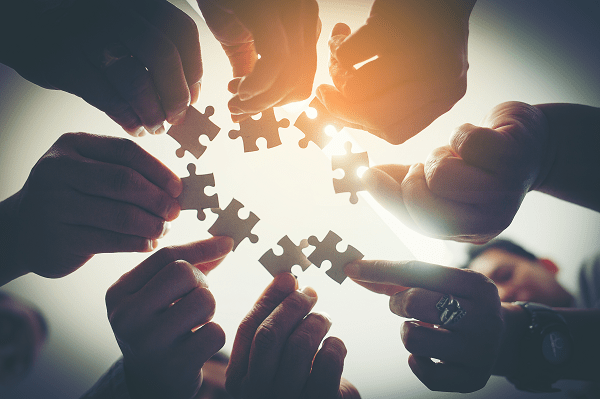 What is the Spirit of uBuntu?

uBuntu is essentially about togetherness, and how all our actions have an impact on others and on society.

In this article we aim to explain the correlation between uBuntu within the spheres of SA Law, and specifically the Broad-Based Black Economic Empowerment Codes of Good Practice (B-BBEE) or within the context of BEE.

The concept of UBuntu, like many African concepts, is not easily definable. In broad terms, it is an ethic of interdependence; it is an ethic that recognises that everything that one does has an effect on the next person. uBuntu refers to behaving well towards others or acting in ways that benefit the community. Such acts could be as simple as helping a stranger in need, or far more complex ways of relating with others.

Examples of how the values of uBuntu are instilled in the law regulating South African businesses include the following:

uBuntu and the Constitution

The founding values of the democracy established by the Constitution, viz. human dignity, equality, promotion of human rights and freedoms to ensure accountability, responsiveness, openness and the rule of law, arguably coincide with some key values of uBuntu, i.e human dignity, respect, inclusivity, compassion, concern for others, honesty and conformity.

Our Constitution does not per se refer to uBuntu, but it has been recognised by our Courts as an underlying constitutional concept. uBuntu was given explicit application in our jurisprudence in the highest court in S v Makwanyane. The case dealt with the constitutionality of the death penalty where the Constitutional Court described the right to life and dignity as the most important of all human rights. Langa J then proceeded to link respect for life and dignity with the African philosophical concept of uBuntu. The dominant theme of a culture is based on uBuntu is that the life of another person is “at least as valuable as one’s own”.

What is Broad-Based Black Economic Empowerment?

Broad-Based Black Economic Empowerment (B-BBEE or BEE) is an essential policy tool aimed at broadening the economic base of South Africa, promoting economic growth, mobilising investment, creating jobs and empowering communities. The complexities of the B-BBEE Codes, a low-growth economic environment and various other challenges to which businesses are exposed, mean that B-BBEE is not simply a “tick box” exercise.

In the words of Desmond Tutu: “The profound truth is that you cannot be human on your own. We are humans through relationships and helping one another”. The power of shared humanity is rooted in kindness, compassion and interconnectedness, which play a major role in the daily running of businesses. This is strongly linked to B-BBEE compliance.

I would like to believe that the values of uBuntu, if consciously harnessed, can become central to a process of harmonising all existing legal values and practices with the Constitution and abiding by the spirit and purpose of the B-BBEE Act.

SERR Synergy assists businesses to implement viable B-BBEE initiatives and ensure alignment of initiatives with the legal requirements of the B-BBEE Codes.

About the author: Muofhe Lynia Muthadzwi completed her LLB at the University of South Africa (UNISA) and has worked in the B-BBEE industry since 2012. She started at SERR Synergy in 2015 and currently holds the title of Project Manager.

Are B-BBEE Trusts still valid and what are the requirements?
The objective of B-BBEE is to increase the effective participation of black people in the South African economy and promote a more equitable income distribution.  In this regard, trusts can provide financial benefits to more black people than individual ownership structures can.
Read More ›
What type of information should be included in a PAIA manual?
The Promotion of Access to Information Act (PAIA) requires that entities declare and categorise the information available in their businesses in the form of a Manual, which must be submitted to the Information Regulator, while a copy thereof must at all times be available on the business’s premises and website.
Read More ›
A practical guide to the proposed Legal Sector Codes and the legalis fraternitas (the legal fraternity)
Initially B-BBEE Compliance in the Legal Industry was crucial for procurement, however, the proposed Legal Sector Codes aim to regulate B-BBEE regardless of State affiliation.
Read More ›

A brief overview of the revised draft Chartered Accountancy Profession Sector Code
On 26 April 2019, a revised draft of the Chartered Accountancy Profession Sector Code (CAPSC) was published for public commentary and input (Government Gazette 42417). The revised draft seeks to grow the number of black people in the Chartered Accountancy (CA) profession in ord
Read More ›
Back to basics with B-BBEE
With the implementation of the amended B-BBEE Codes, broad based transformation has entered a new phase of diversity, requirements, dimensions and facets and is not limited to ownership and management considerations as some individuals may believe.
Read More ›
Major B-BBEE transactions and the impact of the new threshold
What is the impact of the new threshold for major B-BBEE transactions?
Read More ›
COVID-19
Online Resource & News Portal
SAcoronavirus.co.za