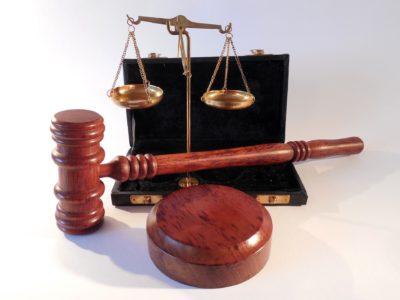 Important guidelines on the interpretation and application of the new “fronting practice” definition.

What is “fronting practice" in the B-BBEE context?

Before 2013, fronting was dealt with as a common law offence of fraud.  With the B-BBEE Amendment Act of 2013, which only came into effect on 24 October 2014, a “fronting practice” is criminalised under section 13 0(1)(d) which provides for an offence in the event that “any person knowingly engages in a fronting practice”.  The definition is very broad, vague and ambiguous and is drafted in such a way that it may be interpreted inconsistently with certain provisions of B-BBEE Codes.  It should be borne in mind that the B-BBEE Codes and Sector Charters issued in terms of section 9 of the B-BBEE Act have as primary function the interpretation of B-BBEE to give effect to the objectives of the Act.

The terms, “the Act”, “B-BBEE” and “B-BBEE initiative” are defined in section 1 of the B-BBEE Act of 2003.  One of the dilemmas created by the new “fronting practice” definition is its wide interpretation that could lead to “casting the net too wide” unintendedly including bona-fide B-BBEE initiatives provided for by the B-BBEE Codes such as enterprise and supplier development.  This is a matter to be discussed at a later stage.

In a highly publicised case relating to accusations of state capture (Passenger Rail Agency of South Africa (PRASA) v Swifambo (Pty) Ltd), the High Court recently (July 2017) issued some guidelines on the interpretation and application of the new “fronting practice” definition. The aspects covered by the Court are all too comprehensive to deal with here, but a few important points relating to fronting should be noted.

In this case, PRASA applied to the Court to have a decision by the previous PRASA board reviewed and set aside in terms of the Promotion of Administrative Justice Act (PAJA).  The decision relates to the irregular, fraudulent and corrupt award to and conclusion of an agreement with Swifambo, a South African B-BBEE company, for the supply of locomotives.  In terms of a supply contract, Swifambo would buy all the locomotives from Vossloh, a foreign owned entity based in Spain.

Apart from various irregularities in terms of the awarding of the tender and the fact that the Public Protector investigated 40 complaints of maladministration against PRASA, coupled with deliberate attempts by certain staff members of PRASA to remove hard copies from the premises and delete electronic information to obstruct investigations by the Public Protector, the Auditor-General and a specially appointed forensic team, the Court found the following in respect of the fronting activities:

Disclosure of subcontracting in tenders

Companies should bear in mind that in terms of government’s Procurement Regulations relating to tenders awarded by organs of state, the main contractor is compelled to disclose any subcontracting of more than 25% to an entity with a B-BBEE status lower than that of the bidding enterprise, unless the subcontractor is an exempt micro enterprise (EME) with the capability and ability to execute the subcontract (Reg. 12(3)).  Failure to disclose such a subcontractor may lead to the cancellation of the tender awarded, and if the tender is awarded to another entity, the non-disclosing entity may be penalised with 10% of the tender value (Reg. 14).

SERR Synergy provides local and international businesses, across a broad spectrum of industries, with the necessary tools and skills to meet South Africa’s business legislative requirements.

About the author: Gideon Gerber is a director of SERR Synergy (Pty) Ltd, an admitted High Court attorney with the qualifications B.Juris (Unisa), B.Proc (Unisa) and LLM (Pret.) with a Master’s dissertation titled: An Appraisal of the Offence of “fronting” in the context of Broad-Based Black Economic Empowerment (B-BBEE) in South Africa.  He has more than 30 years’ experience in Business Structuring & Compliance, Training, Skills Development and Business Compliance in South Africa, the UK and Namibia. He is a regular speaker at various B-BBEE seminars and also writes articles for the Business Day and Landbouweekblad that concerns BEE Matters. He also published an article titled Criminal liability requirements of the new Broad-Based Black Economic Empowerment (B-BBEE) statutory offence in the Journal of Contemporary Roman-Duthch Law (THRHR) August 2018.  (Easy Download here)

'YES’ or NO to the proposed amendments of the B-BBEE Codes by Gideon Gerber
The recently proposed amendments to the Broad-Based Black Economic Empowerment (B-BBEE) Codes were published for public comment following the government’s introduction of the Youth Employment Service (‘YES’) with huge opportunities for companies to enhance their B-BBEE levels.
Read More ›
Understanding the YES programme and its benefits
We have seen our youth being largely affected by the economic slowdown and low levels of employment in the labour market.
Read More ›
The importance of bursaries on the BEE sector code scorecard
The recent amendments to the B-BBEE Codes of Good Practice require large entities to spend 2,5% of their annual payroll on bursaries.  The recent am
Read More ›
COVID-19
Online Resource & News Portal
SAcoronavirus.co.za