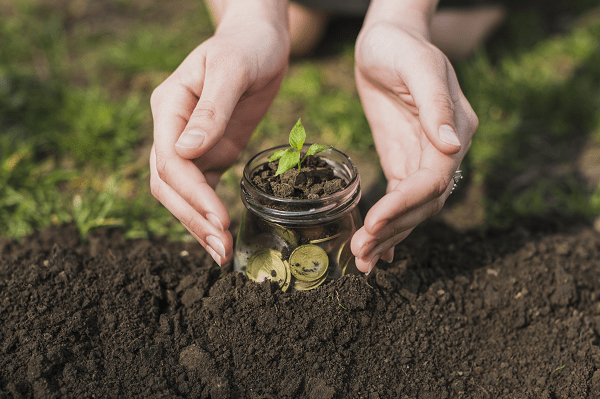 Economic growth is instrumental in creating prosperity and key to addressing unemployment, health and other poverty-related challenges.

Research has indicated that enterprises that have accepted their corporate social responsibilities and actively drive community upliftment projects find it easier to build their brands and penetrate markets.

The purpose of this blog is to understand the role of Non-Profit Organisations (NPOs) specifically in the context of B-BBEE compliance and the benefits for corporates that engage into Socio-Economic Development activities.

Socio-Economic Development is individually packaged within the Broad-Based Black Economic Empowerment (B-BBEE) policy framework. For B-BBEE verification purposes and for corporates to achieve a credible BEE status, enterprises must achieve the B-BBEE scorecard elements. This means that any participating business with an annual turnover exceeding R10 million will have to comply with the B-BBEE Codes.

What are Non-Profit Organisations?

NPOs, more eloquently referred to as charities, have been around for centuries. One of the world’s most famous and oldest NPO, namely the Red Cross Society, was conceived by swiss-born Henry Dunant in 1859 to provide care and assistance to wounded soldiers subsequent to World War 1.

Global impact of ‘paying it forward’

Financial contribution to charities is a global phenomenon, as can be seen with the Bill and Melinda Gates Foundation. According to Forbes, this is currently the wealthiest foundation in the world with an endowment value of $51.7 billion. Venture philanthropy has become a household name on Wall Street and ‘paying it forward’ has become the norm worldwide.

Reuters reported on 16 July 2018 that Warren Buffet, businessman and philanthropist with a net worth of $85.5 billion and ranked by Forbes as the third richest billionaire in 2018, has over the years donated more than $35 billion to charity. It has become a norm for businesses not only to operate for profit, but also for the advancement of others in need of relief.

The B-BBEE Codes define Socio Economic Development contributions as follows: ‘Monetary and non-monetary contribution(s) implemented for communities, natural persons or groups of natural persons where at least 75% of the beneficiaries are Black People.’

The codes state that the objective of Socio-Economic Development contributions is to facilitate sustainable access to the economy for beneficiaries. This has led to an influx of donations to NPOs and NGOs. Previously disadvantaged communities are receiving relief from organisations funded by corporate South Africa. Donations received by these organisations have not only fed hungry children but also paid for scholarships and, in essence, have empowered young black South Africans to study and achieve intellectual wealth through funding.

What is the benefit for corporates that support charities by ‘paying it forward’?

Most companies start contributing to charities in a subtle manner, devoting time and effort and attaining a sense of satisfaction that surpasses economic benefit. The sense of having contributed to the greater good can be rewarding for both the company and the employees involved.

Apart from increased opportunities to earn optimal B-BBEE scorecard points, there are other benefits which include the following:

An essential component in ‘paying it forward’ is to consider your company’s core values, choosing a charity with which the company can connect – a charity with relatable objectives that would lead to a sustainable long-term relationship. The economic benefits received through NPOs towards black economic empowerment have paved the way for millions of South Africans and have set the stage for Social Economic Development. The next time you consider donating, let the words of Winston Churchill resonate in your thoughts: ''We make a living by what we get, but we make a life by what we give."

SERR Synergy assists businesses to implement viable B-BBEE initiatives and ensures alignment of initiatives with the legal requirements of the B-BBEE Codes, including but not limited to Social-Economic Development (SED). The secret to successful SED activities is the ability to implement the provisions creatively and not merely fulfilling duties of compliance.

Deonette Jacobs obtained her LLB in 2017 and joined SERR Synergy in 2018. She currently forms part of our professional Corporate Advisor team.

What would you do with R37 billion?
In June 2015, Intellidex published a research report entitled ‘The Value of BEE Deals – A study of the total value created for beneficiaries through BEE deals conducted by the 100 largest companies on the JSE’.
Read More ›
The important role that BEE consulting plays with the development of your BEE strategy
Do you know how your business can benefit from the expertise offered by a BEE consulting company?
Read More ›
Is B-BBEE about to become narrow based again?
Is Broad-Based Black Economic Empowerment (B-BBEE) about to become too narrow-based for sustainability in the long run? Since the Department of Trade and Industry (DTI) published the
Read More ›
COVID-19
Online Resource & News Portal
SAcoronavirus.co.za