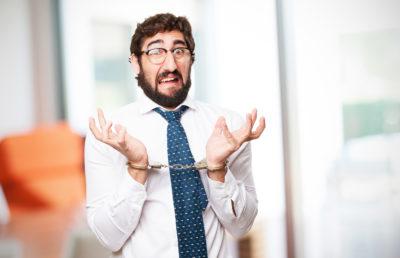 An overview of Broad-Based Black Economic Empowerment and fronting practices.

To become Broad-Based Black Economic Empowerment (B-BBEE) compliant is ‘voluntary’ and will be determined by your clients’ and industry’s requirements. However, always bear in mind that no fines are applicable for B-BBEE but for Employment Equity as a sub-element, which forms part of the B-BBEE  scorecard, submission of reports in terms of the Employment Equity Act is compulsory and fines will be imposed for non-compliance. B-BBEE legislation does not force anyone to become B-BBEE compliant. It can be compared to an individual’s decision to obtain a degree once they have finished their formal school career.  No one forces him/her to do so, but a tertiary qualification/degree will increase the individual’s opportunities for better employment and a better career and remuneration. So, are there real benefits to be derived from B-BBEE certification?

A respectable B-BBEE rating can offer huge benefits for companies operating in the South African economy. Benefits include but are not limited to the following:

In terms of section 1 of the B-BBEE Act, “fronting” can be summarised as any initiative or practice frustrating or undermining the objectives of the B-BBEE Act. A “fronting practice” in general refers to those activities or transactions serving as a cover for the secret or illegal activities of a person or group. Legislation such as the Income Tax Act, the Companies Act and the Labour Relations Act, describes such practices as anti-avoidance, circumvention or non-genuine operations or activities. In the context of B-BBEE fronting, so-called window-dressing or tokenism is referred to as “fronting” or “fronting practices” (Fronting Practice Guidelines published in Government Gazette No. 28351 dated 20 December 2005). To summarise, businesses that front are pretending to be more compliant than they actually are. Fronting practices often take the form of “window-dressing” in order to score more points to qualify for a government tender or a required licence to operate in specific industries such as the mining sector. Window-dressing refers to instances where companies list black people as beneficiaries, directors or shareholders so that they appear to have proper broad-based B-BBEE status.

Some examples of B-BBEE fronting in practice:

Although circumvention practices are not unique to the B-BBEE environment, the term ‘fronting’ or ‘fronting practice’ is. The term was for the first time in 2005 officially incorporated into the then B-BBEE Codes of Good Practice (B-BBEE Codes) and Guidelines, and later that year extended by a more detailed publication indicating various fronting risks and how these should be dealt with by the industry.

In two civil cases, namely Viking Pony African Pumps (Pty) Ltd t/a Tricom Africa versus Hidro–Tech Systems ((2011 (2) BCLR (CC) (23 November 2010) para 17, 41 and 46.)) a Constitutional Court matter in 2011, and Peel and others versus Hamon J & C Engineering (Pty) Ltd and others ([2012] ZAGP JHC 233; [2013] 1 ALL SA 603 (GSJ); 2013(2) SA 331 (GSJ) (16 November 2012) 13 and 21.) in the High Court in 2012, the matters relating to misrepresentation and fronting were dealt with in detail and the court examined, amongst others, the inner working of certain transactions and referred to fraudulent and misrepresentation transactions in a B-BBEE context as ‘fronting activities’. Before 2013, fronting was, from a criminal justice point of view, dealt with under the common law offence of fraud. Very few cases have been reported in this regard and the overall view (although misplaced) was that this form of misrepresentation could hardly be dealt with as a criminal offence under common law. In an address to the B-BBEE Advisory Council in 2011, the President of South Africa stated that, “Fronting and tender abuse is an unintended consequence of an overemphasis on diversity of ownership and senior management in implementing broad based black economic empowerment (B-BBEE)”. With the enactment of the B-BBEE Amendment Act in 2013, being knowingly engaging in a “fronting practice” became a statutory offence in terms of section 13O(1)(d).  From the outset, legal professionals have described the formulation of this offence as broad, vague and problematic.

Is fronting a criminal offence?

Under the B-BBEE Codes of Good Practice, fronting is now recognised as a criminal offence. If found guilty, businesses could face a fine of up to 10% of their annual turnover or up to 10 years in prison. Another penalty could be that businesses would be prohibited from doing business with government for a period of 10 years. The B-BBEE Commission was established in June 2016, amongst others to oversee compliance with the B-BBEE Act, with vast powers to investigate fronting practices and misrepresentation and even to declare a specific practice a fronting practice. It is important to bear in mind that in assisting black people to be incorporated into the main stream of economic activity, the entities doing so need to derive benefit from it. No business endeavours to change the world or to solve the shortcomings of government or take over the responsibilities of government in this regard. The purpose and mechanics of B-BBEE in South Africa is such that if businesses are prepared to assist in promoting the objectives of the Act, they should be rewarded by means of a higher B-BBEE compliance level to increase its competitiveness and to grow their own businesses. No business transaction will make business sense if it is not financially or strategically beneficial to both parties. SERR Synergy assists businesses with the development and implementation of B-BBEE strategies as well as unique ownership structures. Do not miss our second part where we will cover “Fronting practice indicators” and share ideas on legally viable structures that can be used to address Enterprise and Supplier Development scorecard requirements.

The Amended Construction Sector Code - how important is Mentorship and Professionalism really?
The Amended Construction Sector Code, which came into effect in December 2017, provides a framework for the Construction Sector to address the capacity enhancement of, amongst others, black contractors, black professionals, industry workers and the community, and to increase the productivity
Read More ›
Is it the end for Broad-Based Black Economic Empowerment or B-BBEE?
Broad-Based Black Economic Empowerment (B-BBEE or BEE) remains a controversial subject in South Africa more than a decade after its official inclusion in the country’s legislative framework.
Read More ›
LET’S TALK ABOUT B-BBEE AND ITS CRITICAL OBJECTIVES
B-BBEE - a pragmatic growth strategy to achieve South Africa’s full potential Considering the history of the nation, South Africa’s economy seems to be doing relatively well, but realistically speaking this prosperity hasn’t been shared equally amongst all the people.
Read More ›
COVID-19
Online Resource & News Portal
SAcoronavirus.co.za