Debunking the myths about Close Corporations

Debunking the myths about Close Corporations 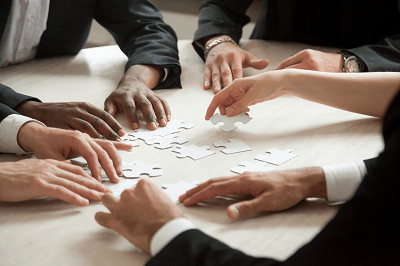 In order to debunk this myth, we will discuss the differences in this blog between the following:

An understanding of the various legal structures available to entrepreneurs and prospective entrepreneurs to establish the most viable platform from which to control their business empire, is vital to the success of a business.

The ownership structure will play a determining role in deciding which business form would be the most appropriate.  Immediately, a number of questions should be asked, such as:

What is a Close Corporation (CC)?

A Close Corporation is no longer an option for a newly established business unless an existing incorporated CC is acquired.  This is because in terms of the Companies Act, 71 of 2008, the incorporation of a new CC as a business became unlawful with effect from 1 May 2011.

In the past, CCs were a popular option, especially for small and medium-sized businesses, largely due to the following:

The Companies Act permits existing CCs (those incorporated before 2011) to continue trading as CCs for an indefinite period.  At some point in the future, however, the Act may be amended to compel all CCs to convert to one of the company forms provided for in the Companies Act.

One of the aims of the new Companies Act is to reduce the costs and overall governance requirements in order to assist newcomers to the market and to promote small businesses in a manner similar to CCs, while maintaining the stature of a corporate entity.

With regard to those reasons which prompted the use of CCs in the past, the differences between CCs and private companies are insignificant.

Unlike companies, CCs are not governed by a Memorandum of Incorporation as a statutory governing document but by the provisions of the Close Corporation Act 69 of 1984, the Founding Statement filed on incorporation of a CC and the terms and conditions of an Association Agreement.

Ownership and control of a CC are inseparable and mainly regulated by an Association Agreement entered into between members.  This means parties may agree to split ownership equally or according to the value of inputs in terms of financial contributions and operational involvement, etc.

CCs may not have more than 10 members. Members of a CC are restricted to natural persons or a trust.  If a trust is a member of a CC, the total beneficiaries of the trust and members of the CC combined, may not exceed 10 persons.  Juristic persons are not allowed to be beneficiaries of such trusts.  It follows therefore that these requirements in respect of the members of a CC restrict the options available to structure ownership transactions of CCs.

The tax requirements for CCs and Companies are the same.

What is a Private Company – (Pty) Ltd?

A Private Company is presently the most common form of business registration for small, medium and big businesses.

Previously, the administration and registration with the CIPC was a tedious process as everything needed to be submitted manually.  Today, however, the process has been largely simplified with provision made for online registration and submissions.

Ownership of a Private Company is determined by the shares or equity instruments held by the shareholders (security holder).  While the company is technically (an in theory at least) owned by the shareholder(s), most of the day-to-day decision-making is reserved for the Board of Directors.  It is the board’s legal duty to ensure that the business operates and is managed in the best interest of the company. A dereliction of these duties may result in legal action being taken against an errant director.

A Private Company will consist of at least 1 (one) Director and ownership control is defined by the percentage voting rights held by a person in a company.

A Private Company may have any number of shareholders, but the shares transferable are restricted as per section 118 of the Companies Act to prevent shareholders in a private company from freely trading shares as in the case of a public company (listed company).  Single-shareholder and single-director private companies are permissible in terms of the new Companies Act.

The director of a Private Company must be a ‘natural person’ whereas the shareholders may be natural or juristic persons, including trusts, profit companies, charities, non-profit companies and even CCs.

A Private Company as such is a legal entity. Shareholders and directors are therefore protected in the sense that the company’s liabilities are separable from those of individual shareholders/directors.

What is a Personal Liability Company (Incorporated – Inc.)

Incorporated companies trade as stand-alone entities and have the right to purchase movable and immovable assets like any other company / juristic person.  The most important characteristic of an Incorporated Company is that previous and existing directors are jointly liable with the company for the debts of the company.

An Incorporated Company must, for instance, be established for certain professionals in terms of the regulatory authorities and legislation regulating such professions, for example Engineers, Auditors, Attorneys, etc.

Apart from legislation requiring certain professions to operate as incorporated companies, any entrepreneur can opt to voluntarily incorporate his/her business as an Inc. although this would not be advisable due to the joint liability of directors with the company for the debt of the company.

Private companies as an ownership option are more beneficial and flexible.  With the introduction of less onerous compliance requirements for companies in terms of the new Companies Act, CCs currently do not offer more benefits than a private company.

SERR Synergy specialises in legal compliance for businesses such as business restructuring and ownership for B-BBEE compliance requirements. Our business employs numerous professionals throughout South Africa to best assist you in meeting your business needs.

About the Author: Zelita Oberholster joined SERR Synergy in October 2016 where she currently holds the position of Trust Practitioner. She prides herself on her trust expertise.

What are the legal aspects when using ‘trading as’ names?
It is not uncommon for a company to use a trading name which is not the same as the registered name of the company as recorded at the Companies and Intellectual Property Commission (“CIPC”).
Read More ›
What is meant with a “tacit or implied term” in a legal agreement?
A tacit term is an unexpressed provision in a legal agreement or contract which derives from the common intention of the parties and which is inferred from the express terms of the contract and the surrounding circumstances. In Alfred McAlpine & Son (Pty) Ltd v
Read More ›
Piercing the corporate veil under Companies Act 71 of 2008
S76 of The Companies Act codifies directors and prescribed officer’s fiduciary duties towards the companies (fiduciary relationship) and its stakeholders.
Read More ›
COVID-19
Online Resource & News Portal
SAcoronavirus.co.za