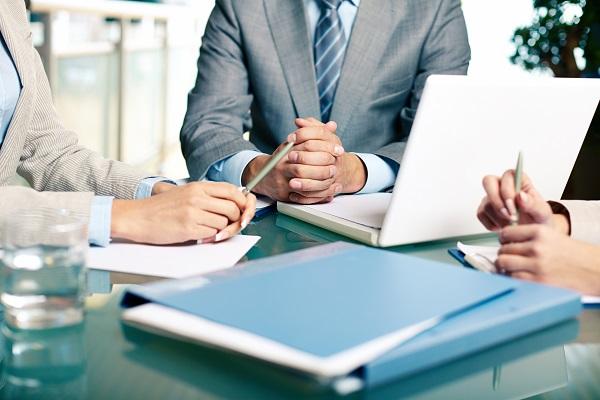 The importance of the Act is to provide for the incorporation, registration, management and capitalisation of profits in every company.

What is the aim of the Companies Act?

The Companies Act aims, amongst others, to specify the relationship between all parties involved in the company, i.e. shareholders, members and directors as stakeholders. The Act also assists with legal rectification for investors and third parties and rescuing of companies that are experiencing financial difficulties. In short, according to section 7(b)(iii) of the Act, its main aim is to encourage transparency and high standards of corporate governance. For this reason, the public is granted the right to comment on the proposed draft of the Companies Amendment Bill (“the Amendment Bill”).

The Amendment Bill was first published for public comment on 21 September 2018. However, it has been significantly revised as a result of public engagement on this draft. On 1 October 2021, the Amendment Bill was published for public commentary for a second time. The purpose of the amendments is to address any uncertainties and close some of the loopholes in the Act.

One of several amendments to the Act proposed in the Amendment Bill is an amendment to section 16. Section 16 of the Act deals with the amendment of the memorandum of incorporation (“MoI”) of a company; it can either be amended or be replaced in totality.

The proposed amendment is aimed specifically at section 16(9) and is intended to clarify the effective date of an amendment to a company’s MoI.

When is the amendment of the MoI effective?

Once the CIPC responds with a written acknowledgement of receipt of the submission, filing takes place in the conventional way.

The word “file” as per the Act is defined as delivering a document to the Commission in the manner and form, if any, prescribed for that document.

The reason for the possible confusion as to when “filing” is effective is that section 1 of the Act provides that delivery to the CIPC only occurs when the CIPC issues a receipt, whereas the Companies Regulations, 2011, states as per Table CR3 below. 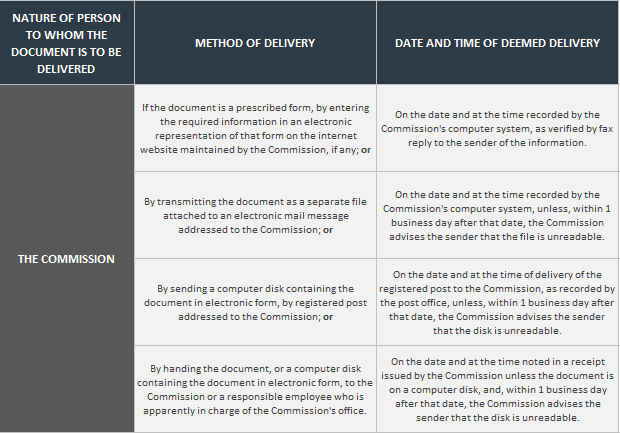 Review period can also have a substantial influence on the effective date of the amendment of the MoI.

The Act currently states that the CIPC can take anywhere between 5 and 15 business days to process an amendment after sending written confirmation to the target company. This can change depending on the workload and how promptly the CIPC can process the application.

Should the CIPC reject or query the amendment, there is no clarity as to whether this affects the review date as it does not make provision for dealing with the aforementioned. In this case, the parties would still have to address the CIPC’s rejection and queries. However, the amendment would still be deemed valid.

One of the proposals which was made to the Department of Trade, Industry and Competition, is that in the event of the CIPC processing the amendment before the expiry of the 10 business days, the earlier date should be deemed the filing date, with no need to wait for the review period to expire.

If the proposed amendment to section 16(9) of the Act contained in the Amendment Bill become law, parties will still not have any certainty regarding the effective date for the amendments to MoIs because the amendment does not affect the date of filing but is rather aimed at the review time after submission to the CIPC and the reduction thereof. The section should instead refer to the date of filing or delivery, as these terms are defined in the Act. The Amendment Bill should have been more specific with regard to what date the amendment takes effect instead of focusing on the reduction of the review period.

Taking the similar provisions of the Closed Corporations Act 69 of 1984 into account, our recommendation would be that the effective date of the amendment should be contained in the MoI itself. If the MoI is filed with the CIPC within 60 days of the date stipulated, it becomes effective on the aforementioned date.

In the next blog in this series, we will be looking at the proposed amendment to section 56 of the Act.

About the Author: Nicole Stipp joined SERR Synergy in April 2018 and is a Senior Corporate Legal Advisor at our Pretoria Branch. She currently focuses on advising and assisting companies nationally with their B-BBEE ownership compliancy.

The Draft Legal Sector Code: controversial and cause of concern, or transformative and welcomed?
Cabinet has approved the publication of the Draft Legal Sector Code for public commentary, as members of the legal profession do not have a sector code to guide them in addressing the imbalances and inequalities within the profession.
Read More ›
Understanding written particulars of employment
Employers and Employees often complain about being unsure what is expected of them regarding aspects of their employment relationship. It is advisable to conclude a contract of employment which stipulates the respective contractual obligations, rights and the terms and conditions so as to limit both parties’ risks and ensure to that they are aware of what is expected of them.
Read More ›
Unique position of employers when dealing with employee references (part 1 of 2)
When a company advertises a new position and applications trickle in, interviews are arranged and background checks are conducted to separate the wheat from the chaff. A reliable reference can make or break the trust already established by the parties.
Read More ›

A Survivor’s Guide to Whistleblowing
It is important that organisations understand the ethical importance and necessity of whistleblowing and ensure that their employees fully understand the relevant procedures and policies governing whistleblowing. What is a Whistle-blower? A whistle-blower can broadly
Read More ›
Important business strategies for company succession
The recent pandemic has been an eye opener when it comes to company continuity. What will happen if one or more of the shareholders die or become disabled, and where does their portion of the shares go?
Read More ›
What is meant with a “tacit or implied term” in a legal agreement?
A tacit term is an unexpressed provision in a legal agreement or contract which derives from the common intention of the parties and which is inferred from the express terms of the contract and the surrounding circumstances. In Alfred McAlpine & Son (Pty) Ltd v
Read More ›
COVID-19
Online Resource & News Portal
SAcoronavirus.co.za