Taxation and Accounting of Supplier, Enterprise and Socio-Economic Development Contributions

Taxation and Accounting of Supplier, Enterprise and Socio-Economic Development Contributions 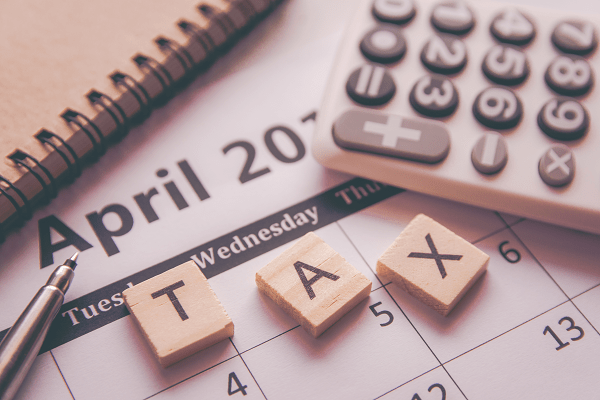 Do you know how to account and provide for taxation of Supplier Development, Enterprise Development and Socio-Economic Development contributions and donations in respect of B-BBEE measured entities and the recipients?

We often receive enquiries from clients, auditors and accountants on how to account and provide for taxation of Supplier Development, Enterprise Development and Socio-Economic Development contributions and donations in respect of B-BBEE measured entities (contributors/donors) and the recipients (beneficiary entities).  Accountants and auditors tend to deal with such contributions as general “donations”, which is the incorrect approach.

In general, donations made for altruistic and philanthropic purposes (gratuitous) by non-natural persons such as companies, close corporations and trusts, are taxable at 20%, with an exemption limit of R10 000 per year.  For natural persons, 20% donation tax is payable if the donation exceeds R100 000 per year.

Public companies and public benefit organisations, amongst others, are exempt from donation tax.  In terms of the Income Tax Act, entities that donate to section 18A public benefit and charity organisations are taxed differently (see Socio-Economic Development Contributions below) and such donations are tax deductible by the donor as an operational expense.

A contribution made by a Contributor to a B-BBEE beneficiary entity in order to enhance the Contributor’s B-BBEE credentials is not gratuitous as it involves a quid pro quo and is reciprocal (in exchange for B-BBEE credentials).  The principle of expensing costs when, for instance, diluting value in obtaining B-BBEE credentials, is indeed recognised. Refer to Guide: - FRG2 – Accounting for black economic empowerment (BEE) transactions, issued by the South African Institute of Chartered Accountants (SAICA) and Financial Reporting Pronouncement 3 Accounting for Black Economic Empowerment (BEE) transactions under International Financing Reporting Standards (1 FRS) for Small and Medium Enterprises published for public comment in Government Gazette No. 41503 dated 16 March 2018.

Irrespective of the classification or description of a contribution for B-BBEE purposes as a “donation”, grant, sponsorship, etc. such contributions are not gratuitous. For this reason, they are not taxable as a donation and are deductible as an expense.

In the event that the contribution is included in the Income and Expenditure Statement as a deductible expense in terms of section 11, read with section 23 of the Income Tax Act, such expense (contribution) should be excluded for B-BBEE procurement purposes from the Total Measured Procurement Spend (TMPS) of the Contributor as measured entity (paragraph 5.10 of Statement 400 of the B-BBEE Codes).  In order for this exclusion from TMPS to be allowed, the contribution amount as expense should be reflected separately in the Income and Expenditure Statement – normally as follows: Enterprise development grant – Statement 400 of the B-BBEE Codes.

In practice, Contributors generally do reflect the contribution as a deductible expense but do not identify the expense to be excluded from TMPS, resulting in measured entities receiving a double B-BBEE benefit (under the procurement sub-element for procurement from black-owned EMEs or QSEs and also in terms of the supplier or enterprise development sub-element as a development contribution).

This practice of not excluding the contribution amount expensed from TMPS is fairly common and prevalent because line items in the financial statements are not assessed by verification agents in that it is not required by the prescribed methodology in the Verification Manual as a prerequisite to be recognised for points under these B-BBEE initiatives.

Irrespective of the nature of the expense and the tax benefit derived by the Contributing Entity, the Recipient as enterprise development beneficiary should account for such an amount as “other income” and not “operational income”.  This would have a material effect on the extent and nature of expenses allowed as deductions by the Recipient in terms of section 11 of the Income Tax Act.

Recipient entities do find ways to account for contributions as operational income by issuing an invoice for “services” provided concomitant with the operational activities of the Recipient enterprise.  This would allow for operational expenses to be offset fully by the Recipient enterprise and will, in theory at least, jeopardise the B-BBEE benefit derived by the Contributor because products and services procured by the Contributor entity as measured entity from a B-BBEE point a view do not qualify as supplier or enterprise development contributions.  The verification process does not involve the financial statements of the Recipient entity; therefore, this practice remains under the radar.

Where the Recipient accounts for a contribution as part of other income instead of operational income, such “other income” would not form part of the Recipient’s “Total Revenue” as defined in Schedule 1 of the B-BBEE Codes, and consequently such Recipient entity would in the event of large contributions (grant/donations) remain below the annual turnover thresholds, allowing the Recipient to qualify as a beneficiary entity and therefore continue to qualify for contributions for extended periods of time.

A Recipient entity who accounts for a supplier and enterprise development contribution as operational income could derive a profound tax benefit, but it may, conversely, place such a Recipient entity into a different B-BBEE enterprise category in terms of annual turnover.  This may further impact the procurement points of the donor as a B-BBEE measured entity because the Recipient might no longer qualify as an Exempted Micro Enterprise (EME) or Qualifying Small Enterprise (QSE) supplier, and if detected, the contribution will not be recognised as a qualifying supplier and enterprise development contribution by the B-BBEE measured entity.

B-BBEE donations for socio-economic development (SED) purposes can be made to any qualifying non-profit organisation.  These charity organisations can be in the legal form of non-profit companies (NPCs), trusts or associations of natural persons (members).  Not all charities are registered or required to be registered as Public Benefit Organisations (PBOs) in terms of section 30 of the Income Tax Act.

From a B-BBEE point a view, SED contributions can be made to non-profit organisations which are not registered (as PBOs) in terms of the Income Tax Act and are not permitted to issue section 18A receipts.  Contributions to such non-PBOs will still fully qualify for SED points.

In general, the threshold for donors in respect of donations to PBOs and section 18A entities is calculated as a percentage of the donor’s taxable income (presently 10%) before the donation is made, with substantially more tax benefits to a donor entity as such donation is fully tax deductible as an operational expense.  Apart from SED contributions to section 18A entities, “donations” to other qualifying non-profit organisations to obtain or enhance B-BBEE credentials are not gratuitous and therefore not taxable as a donation, but are tax deductible as an operational expense by the donor enterprise as alluded to above.

All charity non-profit organisations, irrespective of whether they are registered to issue section 18A receipts, must apply all their assets and income, however derived, to advance their stated objectives as set out in their incorporating or governing documents (MoI, trust deed or constitution).  Any donations received and expenses incurred by such non-profit organisations are accounted for in accordance with these non-profit, altruistic and philanthropic principles and the donation as income does not impact the Recipient entity’s B-BBEE category per annual turnover or the donor entity’s B-BBEE compliance.

SERR Synergy offers a holistic solution that swiftly guides businesses through South Africa’s business legislation maze in the direction of greatness. Our range of business solutions include unique ownership structures, business registrations, shareholder agreements and providing specialist information to make an informative decision regarding the most appropriate business structure as well as the correct taxation of Supplier Development, Enterprise Development and Socio-Economic Development contributions and donations in respect of B-BBEE measured entities.

Sanet van Zyl joined SERR Synergy in June 2014. She is the Legal and Corporate Advisory Manager and specializes in business solutions and corporate governance.

Other sources used in the compilation of this article:

BEE scorecard - looming deadlines for financial yearend
Did you know that BEE verifications are now subject to the SANAS regulatory body?
Read More ›
WHY PLANNING IS SO IMPORTANT IN B-BBEE
In business, as in life, people differ. There are the dreamers, who we need to constantly challenge us to think bigger. There are the doers who we need to get things done. Then there are the planners.
Read More ›
THE APPLICATION OF THE DRAFT B-BBEE VERIFICATION MANUAL FROM A LEGAL VIEWPOINT
B-BBEE Professionals in the industry are debating the application of the draft verification manual (draft published 2015) vs application of the current verification manual (published 2003) when applying verification methodologies. For the purpose of this blog,
Read More ›
COVID-19
Online Resource & News Portal
SAcoronavirus.co.za