What is the legal effect of a resignation when attempting to avoid a disciplinary hearing or sanction of dismissal?

What is the legal effect of a resignation when attempting to avoid a disciplinary hearing or sanction of dismissal? 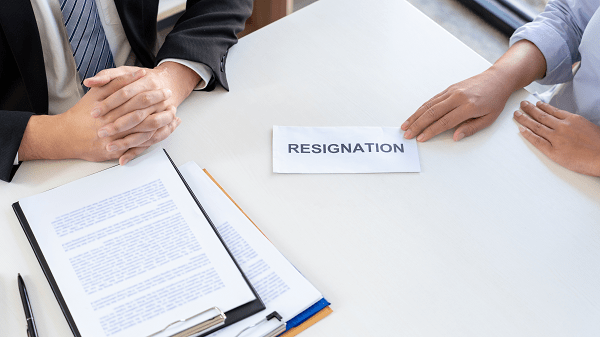 An employer has the right to take justified disciplinary action against employees found guilty of misconduct during their employment, while an employee also has the right to resign and terminate the employment relationship provided that the resignation is not in breach of the contract of employment.

In this article, we will look closely at six of the most important Labour Court caselaw examples and highlight the salient points in relation to submitting a letter of resignation to avoid disciplinary action or the sanction of dismissal.

In Mtati v KPMG Services (Pty) Ltd, the employee was informed of an investigation against her regarding serious misconduct, after which she submitted a letter of resignation subject to a 30-day notice period. During the employee’s contractual notice period, she received notice of a disciplinary inquiry which resulted in her submitting a second letter of resignation with immediate effect.

The Court held a different view in Coetzee v Zeitz MOCAA Foundation Trust and Others, namely that a disciplinary hearing may be held, even if the employee had resigned. The Court held as follows:

This case also clarified that the contract of employment comes to an end by means of resignation at the end of the employee’s notice period.

Judge Whitcher concluded in Mzotsho v Standard Bank of South Africa (Pty) Ltd (Labour Court - 24 July 2018) that where an employee resigned immediately upon receipt of a notice of disciplinary hearing, the contractual power to discipline remained.

However, contrary to the above, the Labour Court held in Naidoo and Another v Standard Bank SA Ltd that an employer cannot proceed with disciplinary action if an employee had resigned with immediate effect before the commencement date of the disciplinary hearing. The Court held that for an employer to hold an employee to his/her contract, an order for specific performance (a remedy for the enforcement of a contract) should be sought.

Can an employee avoid the ultimate sanction by resigning before an employer announces the sanction?

In the most recent caselaw, the time and date for hand down is deemed to be on 10 December 2020 of The Standard of Bank of South Africa Limited v Nombulelo Cynthia Chiloane, the Labour Appeal Court Johannesburg held:

Should an employer approach the court for an order of specific performance prior to proceeding with a disciplinary hearing where an employee resigned with immediate effect?

No, the Court in the Mthimkhulu case differed from the ruling in the Naidoo case, stating that an employer does not need to approach a court for an order of specific performance to keep the contract of employment alive should an employee resign in breach of his/her contract.

In conclusion, the current caselaw indicates that a resignation before the announcement of a sanction of dismissal has no legal effect, and the employer has the right to continue with disciplinary action, during the employee’s notice period.

SERR Synergy’s Labour advisors can assist and guide employers with the permitted actions in respect of discipline before and during the employee’s remaining notice period or after a resignation with immediate effect should the employer elect to keep the contract alive.

About the author:  Lané Boshoff is an admitted Advocate of the High Court of South Africa. She obtained her BA Law and LLB degrees from the University of Pretoria. She joined SERR Synergy in July 2018, where she is currently employed in the Labour department as a Labour Advisor.

Considering Short-time work and Lay-off as an alternative to retrenchment in 2021
The Second Wave of the Covid-19 pandemic will irrefutably place a further colossal financial constraint on businesses and/or numerous revenue sources and/or sector(s). With a fragile economy and an ailing health sector, employers will be compelled to re-evaluate their business operations going into 2021.
Read More ›
What is the effect when an existing Shareholders’ agreement is inconsistent with the Companies Act or the company’s Memorandum of Incorporation?
A question that often arises is whether a Shareholders’ agreement is subject to a company’s Memorandum of Incorporation (MoI).
Read More ›
When is a company or a group of companies required to compile consolidated financial statements?
Consolidated financial statements are statements in which the operations of a holding entity with subsidiaries should be reflected as those of a single entity.
Read More ›

Important tips when employing Foreign Nationals
Many people throughout Africa look at South Africa as a preferred destination that offers socio-economic opportunities, with the result that it has become home to numerous inter-continental and inter-regional migrants seeking lucrative employment. Employers often don’t realise
Read More ›
The BCEA and annual leave for employees
The BCEA is only applicable to employees who work for the same employer for more than 24 hours a month. Section 20 of the Basic Condition of Employment Act, Act 75 of 1997 (BCEA) deals with annual leave.
Read More ›
Advanced Tips on the Basic Conditions of Employment Act (BCEA)
Should an employer provide an employee with a signed contract of employment? Despite legislation governing compliance, there are still employers who do not provide their employees with a signed contract of employment.
Read More ›
COVID-19
Online Resource & News Portal
SAcoronavirus.co.za