To B-BBEE or not to B-BBEE?

To B-BBEE or not to B-BBEE? 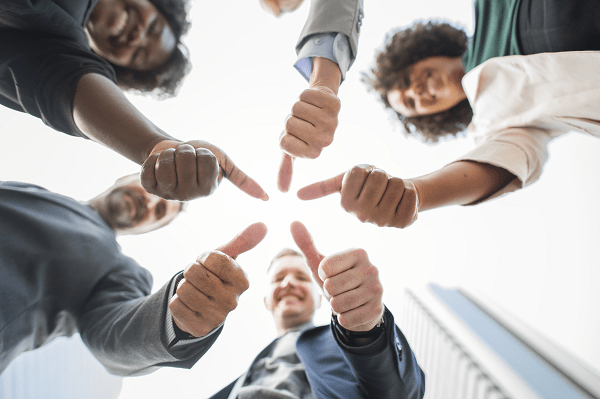 If we are to successfully implement change in our country, we first need to gain a better understanding of the initiatives that aim to advance our society. By understanding the advantages thereof, more doors of opportunity may be opened, which in turn will uplift the citizens of South Africa.

One of these initiatives is Broad-Based Black Economic Empowerment (B-BBEE or BEE) which aims to achieve increased participation in the economy and the transformation thereof, as well as more equitable distribution of wealth in our country.

With more than 20 years into a new democratic era, B-BBEE has become a key part of South African legislation. Since implementation of the amended B-BBEE Codes, B-BBEE has moved into a new chapter in terms of dimensions, diversity and requirements. B-BBEE in South Africa has been implemented on an incentivised basis.

One of the decisions all business owners in South Africa must make is whether or not to participate in the B-BBEE (Broad-Based Black Economic Empowerment) process. While an entity is not penalised for failing to embrace broad-based transformation or for having a low B-BBEE score, it is unlikely to be awarded contracts and licences by the government and is less likely to be awarded contracts in the private sector. No business is forced to participate in B-BBEE.  It is a voluntary process.

Various businesses strive for B-BBEE compliance as a growth strategy, not only to protect their existing business as a defensive strategy, but also in an endeavour to grow their business at the “expense” of those who lose out on business by not complying with B-BBEE (offensive strategy).

The B-BBEE process and government procurement

Important to know is that the B-BBEE process is driven by the South African government through its procurement policy. In other words, if you don’t have a valid B-BBEE certificate you would not be considered as a supplier to any state-owned entity. These entities include the SA Police, the military, hospitals, municipalities, government schools and educational facilities as well as a multitude of other organisations wholly or part-owned by the SA government.

The following are some allocations from the South African budget for 2018:

Looking at the above, it is clear that a large percentage of the funds circulating in the South African economy flow through government expenditure. Clients often say they don’t tender directly for government contracts and therefore not having a B-BBEE certificate doesn’t affect their turnover. The procurement element on the B-BBEE scorecard effectively forces businesses (that have a B-BBEE certificate) to purchase from B-BBEE-compliant suppliers to avoid dropping a B-BBEE level the following year. A lower level will have a negative impact on their ability to secure future tenders, with a cascading effect that would require valid certificates from all businesses in the supply downline, even if they are 4 or 5 tiers down from the original business that secured the tender.

For South African business owners, it is largely a financial decision whether or not to participate in the B-BBEE process. There is a very real risk that the relevant business could lose existing clients if they don’t have a valid certificate.

The question is: How many of your existing clients are asking you for a B-BBEE certificate? Alternatively, a business could earn additional revenue by becoming compliant or achieving higher levels of compliance. Larger companies with an annual turnover in excess of R50 million will need to spend significant amounts of money on skills development, economic development and socio-economic development to achieve a good B-BBEE score. Companies with an annual turnover below R50 million have more options available to them. Black ownership structures (over 51%) are a popular way of achieving B-BBEE compliance. Inherently these structures also have costs to consider.

The other risk of which a director must be aware is fronting. There are certain fronting practices under the B-BBEE codes that could have financial consequences for the directors or even result in criminal prosecution.  It is advisable to employ a competent B-BBEE consultancy (BEE consultants) company to avoid these risks.

The bottom line is that every business owner needs to assess their client base, market potential and the related risks. The decision is yours......

SERR Synergy assists businesses to implement viable B-BBEE initiatives and ensure alignment of initiatives with the legal requirements of the B-BBEE Codes and to avoid any possible risks associated with fronting or any other unethical business practices that may cause possible reputational damage to an enterprise.

About the author: Duncan Cloete has been the Pretoria Corporate Marketing Manager at SERR Synergy since 2017. Starting his career in the automotive industry, he worked his way up from sales executive to dealer principal where he was involved both strategically and operationally in sales, marketing and client satisfaction. His previous involvement with B-BBEE verification added to his broad spectrum of B-BBEE knowledge. With more than 4 years’ service at SERR Synergy in the B-BBEE environment, he has consulted with thousands of business owners ranging from small start-up companies to large international entities seeking solutions to their B-BBEE challenges.

Important Tips for Skills Development and SETA Accredited Training
Why is Skills Development important for the BEE scorecard? With the implementation of the amended BEE Codes, Skills Development has become a strategic priority for businesses that wish to retain or attain an acceptable BEE level and in the same time also meet the requirements o
Read More ›
Is B-BBEE about to become narrow based again?
Is Broad-Based Black Economic Empowerment (B-BBEE) about to become too narrow-based for sustainability in the long run? Since the Department of Trade and Industry (DTI) published the
Read More ›
Black ownership more important than B-BBEE scorecard level
The amended Codes of Good Practice are far reaching and Broad-Based Black Economic Empowerment (B-BBEE) or BEE impacts in one form or another, almost every participant in our South African economy.
Read More ›
COVID-19
Online Resource & News Portal
SAcoronavirus.co.za