The use of Non-Profit Companies in a B-BBEE context

The use of Non-Profit Companies in a B-BBEE context 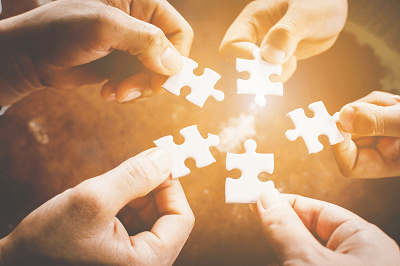 Why are non-profit companies or NPC's getting more involved as initiatives in respect of the B-BBEE Codes?

Non-profit companies (NPCs) are becoming more involved as initiatives in respect of the B-BBEE Codes of Good Practice and Sector Codes (B-BBEE Codes) for two reasons:

Within the broader B-BBEE legal framework, the following provisions are relevant in respect of NPCs.

Requirements for qualifying as a shareholder in private companies

Paragraph 3.1 of Statement 100 of the B-BBEE Codes makes provision for a non-profit company or NPC as an indirect form of shareholding. The incorporation and legal requirements for the operation of NPCs are regulated by Schedule 1 of the Companies Act 71 of 2008. Under the previous revoked Companies Act, NPCs were referred to as section 21 companies. The current Companies Act specifically allows for NPCs to operate with or without members and to hold shares (securities) in a profit company.

All the B-BBEE Sector Charters recognise NPCs for the purpose of B-BBEE ownership concomitant with the provisions of the B-BBEE Codes.

It is also important to note that Schedule 1 of the Companies Act requires an NPC to apply all of its assets and income to advance its stated objectives and may acquire and hold securities (shares) issued by a profit company (Item 1(2)(b)(i) of Schedule 1).

This principle in relation to the activities of NPCs in terms of the Companies Act is incorporated and embedded in the B-BBEE Codes, B-BBEE Sector Codes, Verification Manual(s) and the specific Statement to the Codes published by the Minister of Trade and Industry.

For this purpose, the non-profit company or N PC can, in respect of its own compliance, obtain a specialised affidavit prescribed by the Department of Trade and Industry to confirm its B-BBEE status. Specialised entities with a turnover of below R50 million will achieve level 1 B-BBEE status with 75% or more black beneficiaries.

It is important to clearly stipulate the incorporation objectives of non-profit companies or NPCs. An NPC established for B-BBEE ownership recognition purposes which operates as a collective share ownership programme should not be conflated with an NPC incorporated for SED purposes. The stated objectives in the MoI of such an NPC should clearly indicate whether the NPC would operate as an ownership programme or an SED project.

About the Author: Sanet van Zyl joined SERR Synergy in June 2014. She is the Trust and Corporate Advisory Manager. She specialises in business solutions and corporate governance and provides advice to businesses in respect of viable ownership structures and other collective share ownership programmes.

B-BBEE requirements 'de jure' for law firms
Personal Liability Companies, or incorporated companies operated by professionals are also forced to consider having B-BBEE compliance due to today’s competitive economic climate. In this blog we discuss the different types of law firms and the B-BBEE requirements that may have
Read More ›
The Importance of Ownership and Black Designated Groups on the B-BBEE Scorecard
The revised Codes of Good Practice established Ownership as one of the priority elements. This means that a Measured Entity must achieve the required sub-minimum for the Net Value sub- element to avoid being discounted on the overall level obtained.
Read More ›
Revised Draft Amendments to the B-BBEE Codes June 2018
Within a short period of time the Minister of Trade and Industry published two draft amendments to the Broad-Based Black Economic (B-BBEE) Codes.
Read More ›