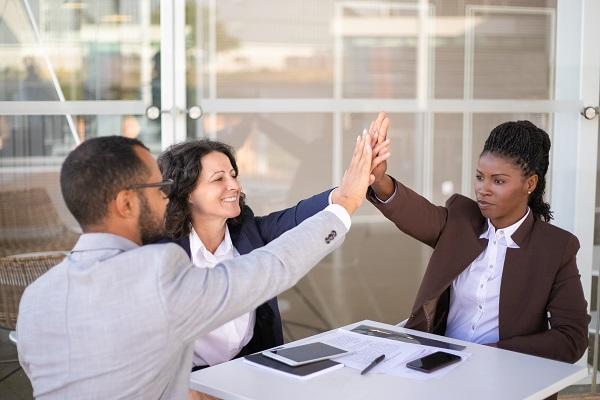 Many businesses seeking to obtain some or other BEE certificate often underestimate, firstly, the importance of having a BEE consultant and, secondly, the relationship between such BEE consultant and a BEE Verification analyst.

The BEE Codes of Good Practice (Codes) can be very ambiguous at times, with the respective parts of the Codes often being subject to different interpretations. In a previous article we discussed the important role that BEE consulting plays with the development of a BEE strategy, in this article we explain the different roles that the BEE Consultant and BEE Verification Analyst play.

What is the difference between a BEE consultant and a BEE Verification analyst?

From the outset, it is very important to distinguish clearly between the two role players within the BEE Industry. The BEE verification process is run solely by a regulatory body known as SANAS. In terms of the ethical and professional code of conduct set by SANAS, verification agencies are required to be objective and independent and are not permitted to provide clients with any service other than verification services, meaning that they are prohibited from acting in an advisory capacity. The opposite is true for BEE consulting companies, which are not permitted to verify but merely provide their clients with consulting services, i.e. in an advisory capacity. This is what establishes the partnership between verification agencies and BEE consultants and why one cannot really do without the other.

Understanding the role of a BEE consultant

When different interpretations arise, it creates confusion, increased stress levels and an overall lack of confidence in implementing certain proposed plans. As a BEE consultant, the number one goal is to act in the best interest of the client, within the realm of the law of course, but also by pushing certain boundaries or grey areas, and this is where many interpretational issues will arise. Unfortunately, the BEE Codes were not drafted in a very clear and concise manner.

Understanding the role of a BEE Verification analyst

However, the same applies to the Verification analyst. They too must interpret the codes to verify a Measured Entity’s verification submission. When a consultant and analyst working on the same client’s file have differences and cannot agree on an interpretational issue, a huge problem arises and ultimately causes a potential negative impact on the result, i.e. a worse BEE level than initially anticipated or even expected.

What is the benefit of working with more than one BEE verification agency?

There is also a benefit in working with more than one verification agency. Your client, especially a new client that had just hopped on board, might have approached their BEE strategies and implementation differently, in which case a BEE consultant will know which agency will handle a certain issue best or, for example, agree with a different interpretation or school of thought.

In conclusion, understanding how certain verification agencies, and to a lesser extent an analyst within such agency, interpret the codes is, and always will be, the greatest advantage a BEE consultant can have when consulting with a client. For this reason, it is equally important that Measured Entities use BEE consultants when taking on a BEE verification as the level of understanding of the codes is no easy feat. Those who decide to go at it alone and liaise directly with a verification agency, often struggle with a favourable outcome as interpretational issues are always at the centre of the problem.

SERR Synergy assists businesses to implement viable B-BBEE initiatives and ensures alignment of initiatives with the legal requirements of the B-BBEE Codes. As a BEE consulting company, we make use of a variety of verification agencies and our BEE consultants are all accustomed to their views regarding different interpretations. We have identified many innovations and solutions that can assist businesses to rise to the challenges of the amended BEE Codes by including this element as an integral component of a business marketing and growth strategy.

About the Author: Rylan Wissing joined SERR Synergy in 2014 and currently holds the title of Gauteng BEE Assistant Manager. He is a BCom (Law) [2008], LLB [2010] graduate from the University of Pretoria and was also admitted as an attorney of the High Court in 2014. He has been involved with B-BBEE for the last 10 years, assisting more than 200 companies across South Africa with various strategies, consultation and legal compliance within the B-BBEE industry.

Major B-BBEE transactions and the impact of the new threshold
What is the impact of the new threshold for major B-BBEE transactions?
Read More ›
The Amended Construction Sector Code - how important is Mentorship and Professionalism really?
The Amended Construction Sector Code, which came into effect in December 2017, provides a framework for the Construction Sector to address the capacity enhancement of, amongst others, black contractors, black professionals, industry workers and the community, and to increase the productivity
Read More ›
What are the B-BBEE ownership challenges that multinational companies are faced with?
When multinational companies do business in South Africa, Broad-Based Black Economic Empowerment or B-BBEE is one of their biggest challenges, with the Ownership element being the greatest obstacle, mainly due to a global practice/policy that limits the Sale of Equity. The resu
Read More ›
COVID-19
Online Resource & News Portal
SAcoronavirus.co.za