The importance of reporting an incident in the workplace

The importance of reporting an incident in the workplace 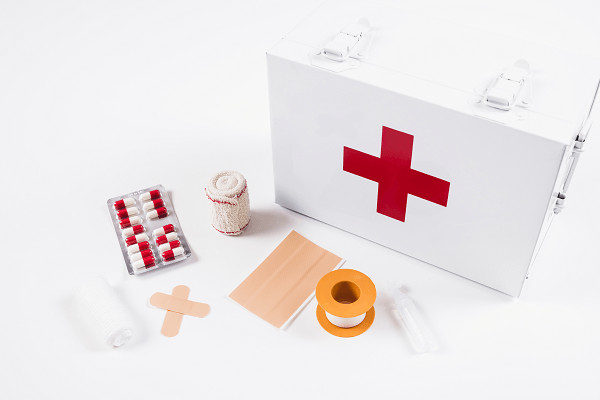 Across the South African business environment, workplace safety-related incidents occur daily and are treated haphazardly and differently within the operational context of each business.

In most instances, reporting of incidents is avoided or incidents are reported incorrectly, which may have long-term implications for both the business and the employee.

Provisions of the Health and Safety Act relating to incident reporting

Section 24 of the Occupational Health and Safety Act (OHSA) 85 of 1993 reads as follows:

“24. Report to inspector regarding certain incidents–

a. Any person dies, becomes unconscious, suffers loss of a limb part of a limb or is otherwise injured or becomes ill to such a degree that he is likely to die or suffer a permanent physical defect or is likely to be unable for a period of at least 14 days either to work or to continue with the activity for which he was employed or is usually employed;

b. A major incident occurred; or

c. The health or safety of any person was endangered and where-

i.   A dangerous substance was spilled;

ii.  The uncontrolled release of any substance under pressure took place;

iii. Machinery or any part thereof fractured or failed resulting in flying, falling or uncontrolled moving objects; or

iv. Machinery ran out of control

Based on the above peremptory provisions, all incidents occurring at work must be reported to a designated person at the company whether it is , health and safety supervisor or health and safety representative.

What is an incident in the workplace?

A simplified explanation will be that an “incident” is any action endangering the safety and health of any person at work.

This includes the following:

How do you report and record an incident in the workplace?

A major concern is failure to report the various incidents as listed above and several occasions when incidents were reported and recorded incorrectly. Within the table above, the groups of incidents are recorded and reported as follows:

In all the above instances, the following should also be included:

Scenario in the workplace

Failure to report an incident and the long-term implications can be illustrated in the following example: An employee was stacking shelves in a retail shop. As he climbed down from the ladder, he was scratched through his pants by a piece of wire protruding from the frame of the ladder.

It was not reported to anyone within the same shift. The wound became infected and the employee did not return to work for 3 months during which it was said that he had absconded because he could not be reached. After 3 months he reported to work minus a leg. He lost his limb due to gangrene which had developed because he was an untreated diabetic and it had to be amputated.

Because it went unreported, the employee could not claim compensation and was also unemployed.

What is an employer's legal duty to inform employees of health and safety?

It is the duty of an employer, as stated in section 13 of the Occupational Health and Safety Act 85 of 1993, to inform employees of matters relating to health and safety. It is also the duty of the employer to ensure a healthy and safe working environment for all employees.

SERR Synergy’s integrated approach to legislative compliance assists employers to ensure that they are not only compliant with the OHS Act 85 of 1993 and its applicable regulations, but also with the Compensation for Occupational Injury and Diseases Act No 130 of 1993. SERR Synergy has a dedicated Occupational Health and Safety department which assists with compensation claims, submissions and annual return of earnings to obtain a valid Letter of Good Standing. If you require assistance with compliance orders, please contact us for guidance.

What is my legal liability and the implications of legislative compliance in the workplace?
'Why should I'? Discussing the question of legal liability for suppliers and contractors and the widespread implications of legislative compliance in the workplace.  A contractor is replacing the light bulbs in my offices. Why should I be liable?
Read More ›
What are the OHS legislative requirements for the SA construction industry?
Building contractors in the South African construction industry are faced with a number of challenges.  In this blog we discuss a few of these health and safety challenges in the construction industry with special focus on Principal and Sub-contractors.
Read More ›
The rights of a DoL inspector conducting Health and Safety inspections
Being compliant with various legislation is imperative for any business owner to ensure continuous operations and avoid costly incidents.
Read More ›
COVID-19
Online Resource & News Portal
SAcoronavirus.co.za