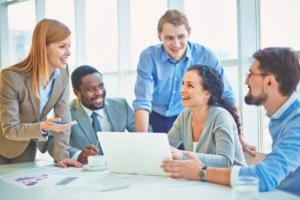 BEE Fronting practices have been criminalised in terms of the B-BBEE Amendment Act.

In a previous blog titled “3 Most important things you should know about BEE fronting practices” we dealt with the question “What is fronting?” and provided a brief history of BEE fronting, as well as the fact that fronting within a BEE context has been criminalised in terms of section 13O(1)(d) of the BEE Amendment Act, 46 of 2013.

The B-BBEE Codes are central to the rules to standardise implementation of B-BBEE for the industry and, peculiarly, do not refer to fronting but rather to circumvention activities, setting requirements for certain transactions which are deemed to be anti-fronting provisions, although not specifically indicated as such.

These fronting provisions across the spectrum of several statements and government notices need to be examined in order to understand the origin and traditional application, as well as the political and social rationale for the present vague and wide formulation of a fronting practice as a criminal offence and the constitutional challenges to which the existing statutory formulation may be subject.

“any practices or initiatives which are in contravention of or against the spirit of any law, provision, rule, procedure, process, system, policy, practice, directive, order or any other term or condition pertaining to black economic empowerment under the Codes”.

“Fronting means a deliberate circumvention or attempted circumvention of the B-BBEE Act and the Codes. Fronting commonly involves reliance on data or claims of compliance based on misrepresentations of facts, whether made by the party claiming compliance or by any other person. Verification agencies, and/or procurement officers and relevant decision-makers may come across fronting indicators through their interactions with measured entities.”

The 2005 Statement further makes provision for any reasonable interpretation which is consistent with the objectives of the B-BBEE Act of 2003 and indicates that “substance must always take precedence over legal form”.

What are the fronting activities?

What are the fronting indicators?

These fronting risk indicators in the 2005 Statement were further extended and simplified to 11 fronting indicators in the 2009 Guidelines published to serve as an interpretive guide to enlighten the public at large. These fronting risk indicators which appear in the 2009 Guidelines are, despite the new formulation of a fronting practice in the B-BBEE Amendment Act of 2013, utilised by the authorities to inform and educate the public about fronting activities and to encourage the public to report intentional misrepresentation and fronting practices.

The fronting risk indicators in the Guidelines can be summarised as follows:

Despite the enactment of the Amendment Act providing for a fronting offence and defining the term “fronting practice”, the fronting indicators contained in the 2005 Statement and 2009 Guidelines still play an important role in detecting and indicating the presence of possible fronting activities.  Although the prevalence of these indicators is not conclusive in determining a fronting practice, they serve as grounds for suspicion that may trigger further investigation by verification agents, procurement officers and the B-BBEE Commission.

SERR Synergy assists businesses to implement viable B-BBEE initiatives and ensure alignment of initiatives with the legal requirements of the B-BBEE Codes and to avoid any possible risks associated with fronting or any other unethical business practices that may cause possible reputational damage to an enterprise. Make sure you don't miss the next blog on B-BBEE fronting criminal offences and penalties.

About the author: Gideon Gerber is a director of SERR Synergy (Pty) Ltd, an admitted High Court attorney with the qualifications B.Juris (Unisa), B.Proc (Unisa) and LLM (Pret.) with a Master’s dissertation titled: An Appraisal of the Offence of “fronting” in the context of Broad-Based Black Economic Empowerment (B-BBEE) in South Africa.  He has more than 30 years’ experience in Business Structuring & Compliance, Training, Skills Development and Business Compliance in South Africa, the UK and Namibia. He is a regular speaker at various B-BBEE seminars and also writes articles for the Business Day and Landbouweekblad that concerns BEE Matters. He also published an article titled Criminal liability requirements of the new Broad-Based Black Economic Empowerment (B-BBEE) statutory offence in the Journal of Contemporary Roman-Duthch Law (THRHR) August 2018.  (Easy Download here)

What are the tax consequences for an ownership trust?
Do you know when will a trust or its beneficiaries be liable to pay tax? Trusts have traditionally been instrumental for tax planning purposes.
Read More ›
The impact of the new Agri Sector Code on B-BBEE
What is the impact of the new Agri Sector Code on B-BBEE? The Amended Broad-Based Black Economic Empowerment (B-BBEE) Sector Code for the Agriculture Se
Read More ›
State Tenders - Preferential Procurement and how it fits into the BEE arena
What determines the BEE level of compliance? No minimum BEE level of compliance is required in terms of legislation.  A measured entity’s level of compliance will be determined by the following three questions:
Read More ›
COVID-19
Online Resource & News Portal
SAcoronavirus.co.za