What is the Director's Protective Mechanism as per the Companies Act?

What is the Director's Protective Mechanism as per the Companies Act? 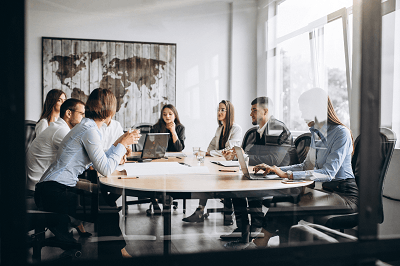 What are expected from Directors as per their director’s and fiduciary duties  in order to avoid situations of liability for breach and dereliction?

The Companies Act 71 of 2008 introduced the American law principle, the Business Judgment Rule, which is used as a defence mechanism for directors in South Africa who face liability due to a breach of their director’s and/or fiduciary duties. Section 76(4)(a) of the Companies Act sets out the defence available to a director should the following requirements be met:

In terms of section 76(4)(b) of the Companies Act, directors will be able to rely on the performance, information, recommendations and opinions of other people, for example professional advisors or committees of the board. However, the director must reasonably believe that such recommendations or opinions can be relied upon and must reasonable rely on the advisor’s competence, i.e. a director cannot blindly rely on any information provided to him/her, nor unquestioningly accept such opinions, even if they are expressed by professional advisors. The Companies Act also exempts directors from  liability in certain circumstances (misconduct or breach of trust) if the director acted reasonably and honestly (section 77(9)). The Companies Act is still new and the Business Judgment Rule has not yet been fully developed; hence our courts would be guided by other jurisdictions in this regard. In Aronson v Lewis, the Delaware Supreme Court interpreted the Business Judgement Rule as a presumption that when directors make business decisions for the company, they need to do so on an informed basis, in good faith, and in the honest belief that the decision was in the best interest of the company. This court statement remains the leading interpretation of the Business Judgement Rule under Delaware law.

The Companies Act does not stipulate what constitutes diligent steps but says this can be addressed by asking the question: “What would public policy demand?”. This question comes directly out of the Lex Aquilia doctrine. In other words, if the action under review is not determined with reference to the legal convictions of the community (boni mores), then it would constitute wrongfulness. In answering the question, various factors should be considered: directors’ access to information, whether or not the director is a full-time employee; his/her experience and skills and the functions assigned to them, as well as the nature of the business. There is a subjective orientation as to what constitutes reasonable diligent steps; however, the test remains an objective one.

The second requirement of the business judgment test is that the director must not have a material personal financial interest in the subject matter of the decision. The word ‘material’ suggests that if a financial interest is present, then such interest must relate to more than an insignificant or immaterial interest.

The last requirement of the test is that the director must have reasonably believed (bona fide) that the decision was in the best interest of the company. The Companies Act does not give guidance as to what constitutes rational belief but suggests that in order to nurse this requirement, directors must be independent or be able to exercise independent judgment with respect to the action that is at issue. Directors will be deemed to exercise an independent judgement when they base their decision on the merits of the issue and act according to their discretion in the best interest of the company.

At Common law, the duty to act in good faith and in the best interest of the company is the paramount and overarching fiduciary duty of directors to which all the other director’s duties flow. The good faith requirement largely depends on honesty, which is a subjective test. This means that a breach of this director’s fiduciary duty requires subjective awareness of wrongdoing. The question that is asked to fulfil this requirement is whether the director honestly believed that he/she acted in the best interest of the company. The issue referred to in that statement is the director’s state of mind. There are limits to the subjective test, including the absence of reasonable grounds for believing that the director acted in the best interests of the company.

Compliance with all three requirements is required for the rule to apply, i.e. reasonable diligence, avoidance of conflict of interest and the best interest of the company. If any of the requirements are not satisfied, the rule does not apply and the directors will be held liable for any loss, damages or costs sustained by the company as a consequence of the director’s breach of a duty contained in section 76 of the Companies Act 71 of 2008.

To conclude, it is important to note that directors may rely on the Companies Act in certain circumstances if they had neglected to fulfil their director’s duty or breached their fiduciary duty towards the company and its stakeholders. Directors must also fully understand what their director’s and fiduciary duties are and what is expected from them in order to avoid situations of liability for breach and dereliction.

In order to avoid any corporate governance issues from occurring, SERR Synergy assists directors with any liability issues they may face within the ambit of the Companies Act and provides fiduciary training for directors.

The importance of transparency and accountability as per the Companies Act
The Companies Act seeks to promote transparency and accountability in the South African corporate sector. Corporate governance looks at the processes, structures and decision-making within the organisation.
Read More ›
Tips on choosing the best legal structure for your business
Starting a new business comes with much ambiguity and responsibility. There seems to be so many legal requirements when setting up a business that it can be overwhelming.
Read More ›
The implications of value shifting arrangements in respect of share transactions
For as long as taxpayers have been subject to Capital Gains Tax (CGT), they have looked for ways of transferring economic value in order to avoid or at least defer CGT implications.
Read More ›