Understanding religious discrimination in the workplace

Understanding religious discrimination in the workplace 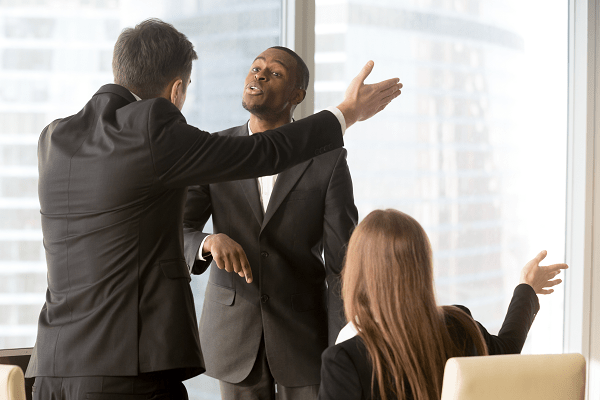 South Africa is a religious and culturally diverse country where all cultural, religious and other belief systems are accorded equal constitutional protection. It is unlawful for an employer to prevent employees from exercising their personal religious beliefs.

In this blog we look at some examples in the workplace to gain a better understanding of the Labour Relations Act and the Employment Equity Act with regards to religious discrimination.

In its ruling in the recent case of TDF NETWORK AFRICA (PTY) LTD v DEIDRE BEVERLEY FARIS, (CA 4/17) Labour Appeal Court (LAC) on 5 September 2018, the court explored the issue of an employee’s (Faris) right to freedom of religion versus an employer’s operational requirements.

The dismissal of the employee arose from her refusal to work on Saturdays on account of her being a member of the Seventh Day Adventist faith, which dictates that Saturday, the seventh day, is the holy Sabbath. The employer claimed that she would not have been employed had the employer known that she could not work on weekends, as it was an operational requirement of the job that the employee participate in stock-taking on Saturdays.

‘By signing this contract, you undertake and agree to perform such overtime duties as may be reasonably required of you from time to time, provided this does not exceed the limitations laid down in relevant legislation.’

‘… the reason for the dismissal is that the employer … unfairly discriminated against an employee, directly or indirectly, on any arbitrary ground, including, but not limited to race, gender, sex, ethnic or social origin, colour, sexual orientation, age, disability, religion, conscience, belief, political opinion, culture, language, marital status or family responsibility.’

‘A necessary element of freedom and of dignity of any individual is an ‘entitlement to respect for the unique set of ends that the individual pursues.’ One of those ends is the voluntary religious and cultural practices in which we participate. That we choose voluntarily rather than through a feeling of obligation only enhances the significance of a practice to our autonomy, our identity and our dignity. The protection of voluntary as well as obligatory practices also conforms to the Constitution’s commitment to affirming diversity. It is a commitment that is totally in accord with this nation’s decisive break from its history of intolerance and exclusion. Differentiating between mandatory and voluntary practices does not celebrate or affirm diversity, it simply permits it. That falls short of our constitutional project which not only affirms diversity but promotes and celebrates it.’

The court further relied on the case of SA Clothing and Textile Workers Union and Others v Berg River Textiles - A Division of Seardel Group Trading (Pty) (2012) 33 ILJ 972 (LC), where the Labour Court correctly and succinctly ruled as follows:

‘In particular, the employer must establish that it has taken reasonable steps to accommodate the employee's religious convictions. Ultimately the principle of proportionality must be applied. Thus, an employer may not insist on the employee obeying a workplace rule where that refusal would have little or no consequence to the business.’

The Labour Appeal Court then held that the true test of whether a requirement is inherent or inescapable in the performance of the job is essentially a proportionality inquiry. Considering the exceptional nature of the defence, the requirement must be strictly construed. A mere legitimate commercial rationale will not be enough. In general, the requirement must be rationally connected to the performance of the job. This means that the requirement should have been adopted in a genuine and good faith belief that it was necessary to the fulfilment of a legitimate work-related purpose and must be reasonably necessary to the accomplishment of that purpose. In addition, the employer bears the burden of proving that it is impossible to accommodate the individual employee without imposing undue hardship or insurmountable operational difficulty.

The Labour Appeal Court concluded that the employer had failed to discharge the evidentiary burden necessary to sustain the defence of fair discrimination or that contained in section 187 of the Labour Relations Act, with the effect that the dismissal was deemed to be automatically unfair.

SERR Synergy guides employers with regard to the processes and/or methods to accommodate all forms of diversity within the workplace whilst simultaneously taking into account the employer’s operational requirements. We assist employers to comply with the various pieces of discrimination legislation.  We can conduct an informal counselling session, a formal hearing and thereafter provide the employer with representation at the CCMA with regard to alleged unfair discrimination disputes.

Jared Francis joined SERR Synergy in October 2016, and currently holds the title of KZN Labour Manager. He is an admitted attorney who has practised in KZN and Gauteng. He holds an LLB degree, a Post-Graduate Diploma in Industrial Relations and a Post-Graduate Certificate in Forensic Investigation from the University of KwaZulu-Natal. He also holds Post-Graduate Certificates in Advanced Labour Law, Corporate Law, Advanced Human Resource Management and Health and Safety from UNISA and has more than 10 years’ experience in the legal and industrial relations fields respectively.

Labour Legislation covered by Labour Pro
Are your employment policies and procedures aligned with labour legislation? More often than not employers fail to comply with the relevant legislation and may risk unnecessary legal action and disputes.
Read More ›
What is sexual harassment in the workplace?
An overview of sexual harassment in the workplace and the legal duty of employers to protect their employees. Sexual harassment within the workplace is in the main governed by labour law. In terms of the Labour Relations Act, 1995 (Act No.
Read More ›
Restraint of trade and the enforceability thereof
Under which circumstances would a restraint be enforceable? In January this year an interesting labour appeal court judgment was delivered dealing with the contentious issue of restraint of trade.Many employment contracts still include a restraint of trade clause, although it i
Read More ›