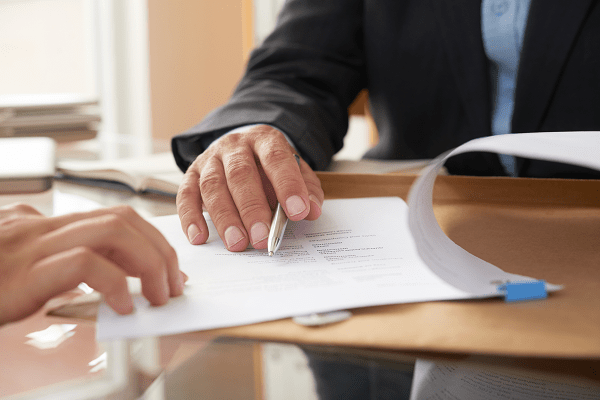 Affidavits play an important role and form an inherent part of documentary evidence within a legal context.

From a compliance point a view, affidavits are also required to confirm the Broad-Based Black Economic Empowerment (B-BBEE) status of entities.  The advent of the Covid-19 pandemic has forced everyone to make more use of technology to communicate and engage.  The question that inadvertently arises is whether the legal requirements to depose to an affidavit are affected by the lack of face-to-face interaction between a deponent and a Commissioner of Oaths?

What is an affidavit?

An oath – the affidavit as it is commonly known – is a written declaration purporting to contain the truth of an individual deposing thereto. The use of an affidavit can be traced back to biblical times when oaths on the truth of a matter were deposed to. Today the oath is no longer sacred, but rather a “promise” of the truth. One should not confuse the “promise” with a pledge, as the latter lacks legal substance of something that is morally binding.

The year 2020 has proved to be the year in which all possible boundaries were tested. In virtually every sphere of society, change had to be implemented in order to keep up with the times. Covid-19 has pushed the limits to an extreme extent and countries around the world had to ameliorate the absence of the most innate requirement of society – personal contact. Isolation of millions of people around the world was necessitated on an unprecedented scale. Survival suddenly became the primary concern of almost every government worldwide and everyone needed to adapt. Charles Darwin described it rather eloquently: “It is not the strongest of the species that survive, nor the most intelligent, but the one more responsive to change.” Change was inevitably in every aspect of our daily lives, with isolation from society being one of the most profound changes.

What are the requirements for the use of an affidavit?

The requirements for the use of an affidavit can be found in a large array of areas, and for an affidavit to be valid, it must be made in the presence of the Commission of Oaths attesting to the oath.

The question now arises as to how one can meet this requirement when sanctioned to isolation. Will an electronic deposition of an affidavit still have the same bearing on the promise in the absence of physical attendance of both the deponent and the Commissioner of Oaths? The affidavit in its simplest form is used in every sphere of society.

An affidavit and the Electronic Communications and Transactions Act

The types of affidavits used on a daily basis are endless and a “legal promise” is required regardless of the isolated circumstances we now find ourselves in. To circumvent the requirement of physical attendance, one has to investigate the provisions contained in the Electronic Communications and Transactions Act 25 of 2002 (ECTA) which validate the evidentiary value of data messages.

The fact that a data message is electronic, should not invalidate the evidentiary value of an electronically deposed and commissioned affidavit. The inference is drawn that if data messages are admissible as evidence in a Court of law, then affidavits deposed in line with the requirements of section 12 of ECTA should also be regarded as having evidentiary value if the requirements of both ECTA and the Justices of the Peace and Commissioners of Oaths Act are met.

What is an electronic signature?

An important factor to consider is that intent must exist. Intentio in its purest form is an act which is followed by a subjective state of mind, thus there must be intent on the part of a signatory or deponent when attesting to or affixing their signature to any document. This will also be applicable in the case of affidavits.

Signatories and deponents should have a thorough understanding of the “act” they are committing when signing documents such as affidavits because it is subject to an array of requirements to ensure compliance. The progressive intellectualist, Henry Havelock Ellis, wrote: “In mathematics it is notorious that we start from absurdities to a reach a realm of law, and our whole (mathematical) conception of the world is based on a foundation which we believe to have no existence. It is therefore imperative in every aspect of our daily lives to stay cognizant of the legal compliance required by us. “

SERR Synergy assists companies to ensure full compliance by offering a range of legal compliance solutions. We provide local and multi-national businesses, ranging from SMMEs to large organisations and across a broad spectrum of industries, with tailor-made strategies and solutions to meet South Africa’s legislative requirements.

About the Author: Deonette Jacobs obtained her LLB degree in 2017 and is an admitted Advocate of the High Court of South Africa. She joined SERR Synergy in 2018 where she currently holds the position of Corporate Legal Advisor. She prides herself on playing a vital role in assisting law firms and companies with compliance in respect of ownership.

Cancellations and refunds during a pandemic from a Consumer Protection point of view
Since the national Covid-19 lockdown was declared in South Africa, travel bans were imposed, borders were closed, and cancellation of gatherings and events became necessary to limit the spread of the virus.  This unprecedented Covid-19 pandemic certainly prepared the world to m
Read More ›
How are Healthcare Professionals influenced under the Consumer Protection Act?
From a legal perspective, patients are considered consumers.
Read More ›
How to set up a fixed-term agreement that protects both the consumer and the supplier as per the CPA
The guidelines provided in the Consumer Protection Act (CPA) with regard to a fixed-term agreement or contract only apply to transactions entered into with a natural person, not with a juristic person (including a body corporate, partnership, association or trust). What is the
Read More ›
COVID-19
Online Resource & News Portal
SAcoronavirus.co.za