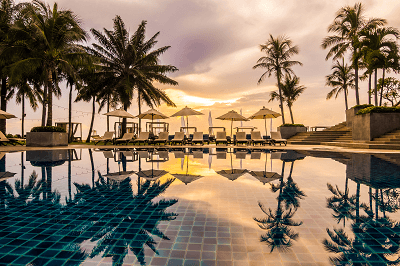 Timeshare agreements are contentious and has been, for a while, in the media for all the wrong reasons.

Cancelling timeshare agreements that are structured to be in perpetuity often leaves consumers frustrated, in debt and with a feeling of hopelessness and despair. Unfortunately, many consumers entered into these agreements before the Consumer Protection Act (CPA) came into effect (31 March 2011), meaning that the CPA offers them almost no protection.

Consumers who wish to cancel such agreements that are entered into prior to the CPA must demonstrate that the supplier had been in breach of contract. This will not always provide a viable outcome because in many instances debit orders will still go off at the end of the month or debt collectors will be out harassing consumers.

The timeshare and vacation ownership industry report released by the National Consumer Commission (NCC) at the end of 2018 will hopefully provide proper guidance on how to improve timeshare agreements in future. The report made it clear that the inquiry was launched due to an increase in consumer complaints specifically regarding timeshare. The Consumer Goods and Services Ombud (CGSO) said they had received 427 timeshare-related complaints for the year 2018, 54% of which were resolved in favour of the consumer.

The NCC recommended that the regulatory framework be revised to include the following:

The report encouraged consumers, in the meantime, to respond to any timeshare challenges by–

Because of the urgency relating to existing consumer complaints, we hope that with the implementation of the report, we see clear guidelines on how to relieve the pressure on consumers.

The Deputy NCC Commissioner, Thezi Mabuza, advised consumers to be “sober-minded when signing timeshare agreements”.  She also urged consumers to go to these meetings as the sole decision-maker and to leave the family at home in order to avoid being influenced emotionally into any agreement.

Whilst the main focus of the CPA is on compliance, our approach at SERR Synergy is to implement compliance in such a way that it provides business value to our clients and allows for improvement in efficiency and effectiveness by meeting compliance requirements within the broader context of consumer law. We assist enterprises to conduct business in an ethical manner and to promote and protect the reputation of their businesses (link to CPA service page).

About the Author: Monique van der Merwe completed her B.Consumer Science degree at the University of Pretoria. She joined our team in July 2018 and currently holds the title of “Information Compliance Advisor”. She specialises in compliance with the Consumer Protection Act (CPA) as well as POPI and PAIA. This includes compiling legal compliance reports and developing policies along with the other assessment aspects relating to consumer protection legislation. She drafts and submits PAIA manuals to the Human Rights Commission and also compiles and implements Data and Information Protection Reports to identify risks associated with information security in each department of an organisation.

Reasons to look forward to future Timeshare agreements
Timeshare agreements are contentious and has been, for a while, in the media for all the wrong reasons. Cancelling timeshare agreements that are structured to be in perpetuity often leaves consumers frustrated, in debt and with a feeling of hopelessness and despair.
Read More ›
Cancellations and refunds during a pandemic from a Consumer Protection point of view
Since the national Covid-19 lockdown was declared in South Africa, travel bans were imposed, borders were closed, and cancellation of gatherings and events became necessary to limit the spread of the virus.  This unprecedented Covid-19 pandemic certainly prepared the world to m
Read More ›
A checklist when preparing for POPI and Data Laws
The Protection of Personal Information Act (POPI) may not yet be effective, but businesses need to make compliance a top priority for 2017.  Irrespective of whether POPI has been fully implemented, businesses are required to exercise a duty of care in respect of the personal in
Read More ›
COVID-19
Online Resource & News Portal
SAcoronavirus.co.za