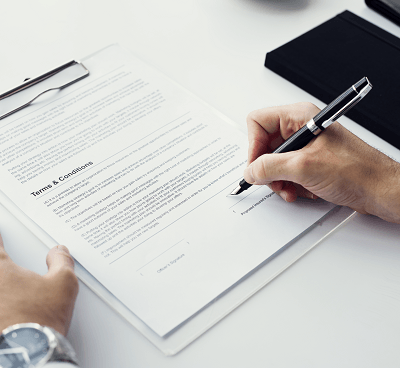 The Consumer Protection Act (CPA) contributes significantly in reducing the imbalance between contracting parties for those who are classified as “consumers” as defined by the Act.

A contract is defined as an agreement entered into by two or more persons with the serious intention of creating a legal obligation or obligations. As seen in the previous blog (How the Consumer Protection Act (CPA) reduces the imbalance between contracting parties), the CPA contributes significantly in reducing the imbalance between contracting parties for those who are classified as “consumers” as defined by the Act.

For ease of reference, consumers, for purpose of the CPA, are “natural or juristic persons (with an asset value or annual turnover of less than R2 million at the time of the transaction) to whom goods and services are promoted or supplied in the ordinary course of business and for consideration”.

Although not all individuals and businesses enjoy this protection of the CPA, there are in any event fundamental concepts in the law of contract along with the strict liability clause of the CPA that serve as protection for all individuals and businesses who enter into a contracting agreement within the ambit of a supplier and consumer/customer relationship:

Just because an individual or business is not classified as a “consumer” under the CPA it does not mean the individual or business cannot enjoy similar protection under the broader consumer law or other legislation. Ultimately, all individuals should reap the benefits of participating in a fair and reasonable marketplace, bearing in mind ethical behaviour and public interest.

Whilst the main focus of the CPA is on compliance, our approach at SERR Synergy is to implement compliance in such a way that it provides business value to our clients and allows for improvement in efficiency and effectiveness by meeting compliance requirements within the broader context of consumer law. We assist enterprises to conduct business in an ethical manner and to promote and protect the reputation of their businesses.

About the Author: Monique van der Merwe completed her B.Consumer Science degree at the University of Pretoria. She joined our team in July 2018 and currently holds the title of “Information Compliance Advisor”. She specialises in compliance with the Consumer Protection Act (CPA) as well as POPI and PAIA. This includes compiling legal compliance reports and developing policies along with the other assessment aspects relating to consumer protection legislation. She drafts and submits PAIA manuals to the Human Rights Commission and also compiles and implements Data and Information Protection Reports to identify risks associated with information security in each department of an organisation.