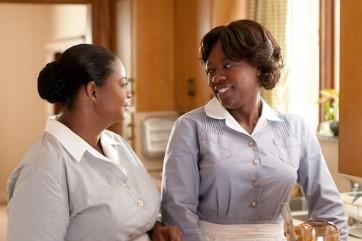 Minimum wages are still a touchy topic in South Africa, with many discussions around the possible introduction of a national minimum wage across the board.

The minimum wage for the domestic worker sector has been adjusted upwards with effect from 1 December 2016 as announced by the Department of Labour earlier this week. The latest relief ahead of the festive season will be applicable until 30 November 2017.

Domestic workers include housekeepers‚ gardeners‚ nannies‚ domestic drivers among others.

MINIMUM WAGES FOR DOMESTIC WORKERS WHO WORK MORE THAN 27 ORDINARY HOURS PER WEEK:

MINIMUM WAGES FOR DOMESTIC WORKERS WHO WORK 27 ORDINARY HOURS OR LESS PER WEEK:

SERR Synergy Labour Relations for Domestic workers  have been specially designed to take care of all legal requirements and associated risks with your domestic worker such as drawing up Employment contracts, UIF and Workmen’s Compensation registrations and claims to mention a few.

How to overcome unforeseen delays during a retrenchment consultation
The current economic situation that we all currently face has ultimately left employers with little or no option but to reconsider the number of people they employ and retrenchments then become a reality. This unfortunate step is referred to as a ‘dismissal based on operational
Read More ›
New Food Bargaining Council on the block
Despite having two exiting Bargaining Councils and a Sectoral Determination, regulating the food, catering, restaurant and fast-food industry nationally and provincially, the Department of Employment and Labour has extended the Main Collective Agreement of the Bargaining Council for the Fast Food, Restaurant and Catering Trades (BCFFRCAT) to non-parties.
Read More ›
WHAT EMPLOYERS NEED TO KNOW ABOUT THE TEMPORARY EMPLOYEE / EMPLOYER RELIEF SCHEME (C19 TERS)
During this period of lockdown, employers will have to shut down and employees may be laid off temporarily.
Read More ›
COVID-19
Online Resource & News Portal
SAcoronavirus.co.za