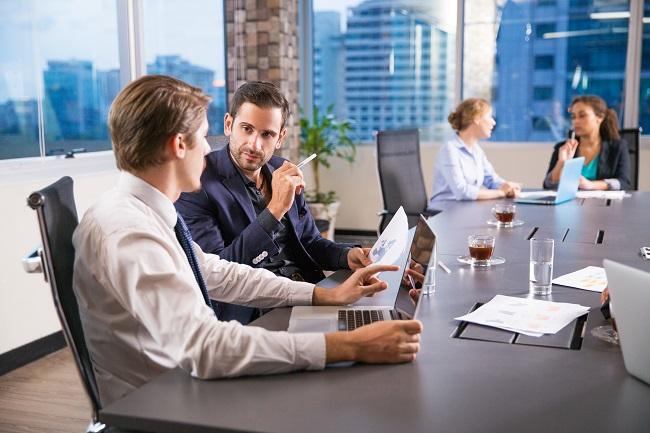 On numerous occasions during an arbitration proceeding a commissioner may be faced with two competing or conflicting versions from either party which must be weighed up on a balance of probabilities.

In the recent Labour Appeal Court (LAC) case of Department of Health, KZN v PSA (DA 4/15) heard on 20 March 2018, the commissioner was faced with two conflicting and very interesting versions as to whether two employees had handed over a patient or, alternatively, whether the employees had left the patient in an ambulance and gone home. A further contradictory version pertained to whether one of the employees had attended to the patient while en route to their destination or whether both employees had sat in the front part of the ambulance leaving the patient unattended.

The LAC had relied heavily on the case of Stellenbosch Farmer’s Winery Group Ltd and Another v Martell et Cie and Others, 2003, (1) SA 11 (SCA) and held that the technique generally employed by the courts in resolving factual disputes of this nature may conveniently be summarised as follows.

To reach a conclusion on the disputed issues, a court must make findings on–

A - the credibility of the various factual witnesses;

B - the reliability of the witnesses; and

In terms of point (A) above, the court’s findings on the credibility of a particular witness will depend on its impression regarding the veracity of the witness. This, in turn, will depend on the following subsidiary factors, not necessarily in order of importance:

In terms of point (B) above, a witness’s reliability will, apart from the factors mentioned under point (A)(i) to (vi), depend on, but not be limited to, the following:

In terms of point (C), this necessitates an analysis and evaluation of the probability or improbability of each party’s version of each of the disputed issues.

In light of the assessment of points (A), (B) and (C) the court (commissioner) will then, as a final step, determine whether the party burdened with the onus of proof succeeded in discharging it.

The LAC concluded that the commissioner had taken into account all the relevant factors in concluding that the sanction of dismissal imposed by the employer was fair. The commissioner was alive to what was expected of him. He had considered the versions of the respective witnesses and, using the formulae and factors under points A, B and C, gave detailed reasons why he preferred the version of the employer’s witnesses over that of the employee’s witnesses.

We at SERR Synergy guide employers to prepare for an arbitration using these fundamental techniques that can potentially enhance an employer’s prospects of success. Our services include guiding an employer and its witnesses to be mindful, aware and fully cognisant of the factors that a commissioner must take into account when faced with two competing or conflicting versions at an arbitration.

When will an employer not be excluded from section 35 of the Compensation for Occupational Injuries and Diseases Act 130 of 1993?
Who will be held liable for damages should an employee sustain injuries in the workplace especially if such injury is not related to the employee's position or workplace duties?
Read More ›
Dismissal not always justified for dishonesty during interview or screening process
The unemployment rate in South Africa for the period of October to December 2020 stood at 32,5%, which amounts to 7,2 million people being unemployed (Quarterly Labour Force Survey Q4, Statistics South Africa, 2020). The South African job market is therefore oversaturated, resulting in competition for employment.
Read More ›
People with disabilities re-defined
While South Africans are challenged by the COVID-19 pandemic, the Department of Employment and Labour published an Employment Equity Amendment Bill.
Read More ›

Dismissal based on an employer’s operational requirements as per the Labour Relations Act
The current South African economic climate and the financial constraints as a result thereof may compel employers to consider dismissing employees based on operational requirements, resulting in retrenchments.
Read More ›
WHAT EMPLOYERS NEED TO KNOW ABOUT THE TEMPORARY EMPLOYEE / EMPLOYER RELIEF SCHEME (C19 TERS)
During this period of lockdown, employers will have to shut down and employees may be laid off temporarily.
Read More ›
New Food Bargaining Council on the block
Despite having two exiting Bargaining Councils and a Sectoral Determination, regulating the food, catering, restaurant and fast-food industry nationally and provincially, the Department of Employment and Labour has extended the Main Collective Agreement of the Bargaining Council for the Fast Food, Restaurant and Catering Trades (BCFFRCAT) to non-parties.
Read More ›
COVID-19
Online Resource & News Portal
SAcoronavirus.co.za