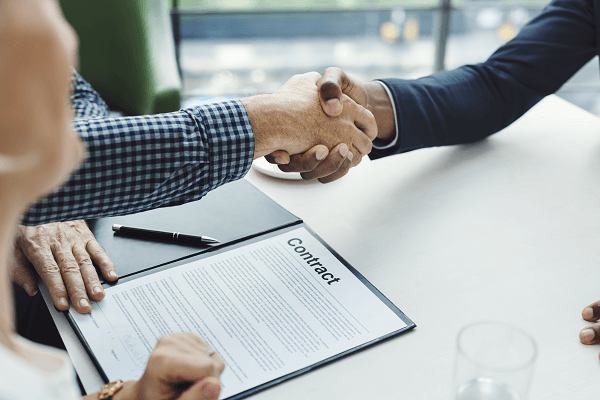 The guidelines provided in the Consumer Protection Act (CPA) with regard to a fixed-term agreement or contract only apply to transactions entered into with a natural person, not with a juristic person (including a body corporate, partnership, association or trust).

What is the duration of a fixed-term agreement or contract?

The Consumer Protect Act (CPA) provides that the duration of the fixed-term agreement/contract may not exceed 24 months. There are, however, a few exceptions to this rule:

The balancing act of the CPA

The values and principles of the CPA promote, amongst others, a free market system where the consumers within the system determine the price of goods and services based on supply and demand and have the right to choose suppliers freely without undue restrictions. The CPA also balances the protection of consumers, on one hand, and suppliers, on the other.

Fixed-term agreements/contracts have become a purposive and practical medium to aid in this balancing act. By providing consumers with the right to choose, they are allowed to select a supplier who sets terms, conditions and prices to which they can agree. By allowing suppliers to bind consumers to a fixed-term agreement for a specific service, the CPA protects the supplier against fluctuating demand, ensuring business for at least that fixed period.

Since the CPA protects both the consumer and supplier, it is important to remember that the CPA promotes a fair marketplace overall, therefore it is prohibited to unduly bind consumers to a specific supplier by means of a fixed-term agreement/contract in such a manner that they cannot terminate the agreement due to extreme cancellation penalties which prevent them from exercising their right to choose.

Alterations (i.e. price changes) to fixed-term agreements or contracts in terms of the CPA

As previously mentioned, the CPA promotes a fair, accessible and sustainable marketplace for consumers; therefore, consumers have the right to cancel a fixed-term agreement/contract in order to participate in other market activities that better suit their needs. The CPA provides consumers with two options with regard to cancellation:

All consumers should have the option of cancelling a fixed-term agreement/contract upon expiry thereof (not to continue) without any explanation or penalty except if there are any outstanding fees for which the consumer is still liable.

Given the pursuit of equal bargaining power between the consumer and the supplier, it is important to ensure that consumer and supplier rights are recognised when entering into agreements/contracts. Agreements/contracts should at all times be drafted to be fair and reasonable to both parties in order to ultimately promote a fair marketplace for all.

Whilst the main focus of the CPA is on compliance, our approach at SERR Synergy is to implement compliance in such a way that it provides business value to our clients and allows for improvement in efficiencies and effectiveness by means of compliance requirements. We assist enterprises to conduct business in an ethical manner and to promote and protect the reputation of their businesses.

About the Author: Monique Rossouw completed her BConsumer Science degree at the University of Pretoria. She joined our team in July 2018 and currently holds the title of “Information Compliance Advisor”. She specialises in compliance with the Consumer Protection Act (CPA) as well as POPI and PAIA. This includes compiling legal compliance reports and developing policies along with the other assessment aspects relating to consumer protection legislation. She drafts and submits PAIA manuals to the Human Rights Commission and also compiles and implements Data and Information Protection Reports to identify risks associated with information security in each department of an organisation.