Dealing with depression in the workplace during and after lockdown

Dealing with depression in the workplace during and after lockdown 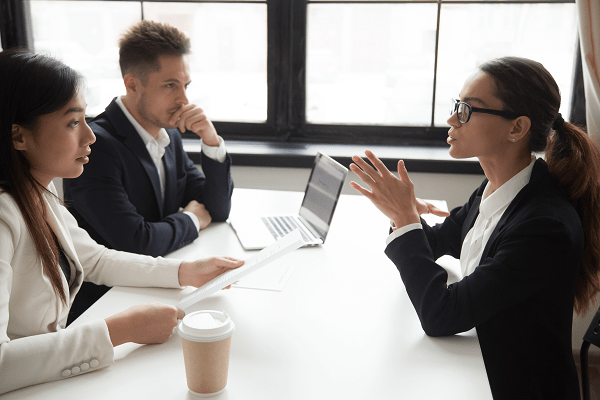 The global outbreak of the Coronavirus and the resultant national lockdown in South Africa have had a profound impact on many employees, in varying degrees. The stresses and pressures of modern-day life being what they are, depression is common in the workplace or whilst working from home.

Employers from time to time will need to manage the impact of depression on an individual employee’s performance. In a previous article we discussed 'Dismissal for incapacity due to ill health', in this blog we take an in-depth look at incapacity from the perspective of depression.

Incapacity is the inherent inability of an employee to perform work according to the employer's established standards of quality and quantity due to ill health or injury, which can be temporary or permanent.

The approach to be followed will depend on the particular circumstances. The judgement in the matter of Legal Aid South Africa v Jansen (CA3/2019) Labour Appeal Court, handed down on 21 July 2020, dealt with an employee who had a long history of depression within the workplace.

The employee was subsequently dismissed for misconduct but raised his medical condition of depression to claim that his dismissal amounted to an automatically unfair dismissal in terms of section 187 of the Labour Relations Act. The Court in the Jansen case made the following pertinent remarks in response to the employee’s reliance on his defence of being depressed:

In the first instance, depression must be seen as a form of ill health. As such, an incapacitating depression may be a legitimate reason for terminating the employment relationship, provided that it is done fairly in accordance with a process akin to that envisaged in Items 10 and 11 of the Code of Good Practice: Dismissal.

If an employee is temporarily unable to work for a sustained period due to depression, the employer must investigate and consider alternatives short of dismissal before resorting to dismissal. If the depression is likely to impair performance permanently, the employer must attempt firstly to reasonably accommodate the employee’s disability. Dismissal of a depressed employee for incapacity without due regard and application of these principles will be substantively and/or procedurally unfair.

The evidentiary burdens regarding issues giving rise to an alleged automatically unfair dismissal were defined in the case of Kroukam v SA Airlink (Pty) Ltd (2005) 12 BLLR 1172 (LAC) as follows:

“Section 187 imposes an evidential burden upon the employee to produce evidence which is sufficient to raise a credible possibility that an automatically unfair dismissal has taken place. It then behoves the employer to prove to the contrary, that is to produce evidence to show that the reason for the dismissal did not fall within the circumstance envisaged in s 187 for constituting an automatically unfair dismissal.”

However, for an employee to succeed in an automatically unfair dismissal claim based on depression, the question is different. Here the inquiry is not confined to whether the employee was depressed and whether his depression impacted on his cognitive and conative capacity or diminished his blameworthiness. Rather, it is directed at a narrower determination of whether the reason for his dismissal was depression and whether he was subjected to differential treatment on that basis. Here too, the employee bears the evidentiary burden to establish a credible possibility (approaching a probability) that the reason for dismissal was differential treatment on account of his being depressed and not because he misconducted himself.

Depression may also play a role in an employee’s misconduct. It is not beyond possibility that depression might, in certain circumstances, negate an employee’s capacity for wrongdoing. Alternatively, where the evidence shows that the cognitive and conative capacities of an employee have not been negated by depression, and he is able to appreciate the wrongfulness of his conduct and act accordingly, his culpability or blameworthiness may be diminished by reason of the depression. In such a case, the employee’s depression must be taken into account in determining an appropriate sanction. Failure to take depression into account before dismissal for misconduct could possibly result in substantive unfairness.

The mere fact that the employee’s depression was a contributing factual cause is not sufficient ground upon which to find that there was an adequate causal link between the respondent’s depression and his dismissal and to conclude that depression was the reason for it. The criteria of legal causation, it must be said, are based upon normative value judgements. The overriding consideration in the determination of legal causation is what is fair and just in the given circumstances. One must ask what the most immediate, proximate, decisive or substantial cause of the dismissal was. What most immediately brought about the dismissal? The proximate reason for the respondent’s dismissal was four instances of misconduct. It was not his depression, which at best was a contributing or subsidiary causative factor.

In the circumstances, the employer had a legitimate basis for imposing discipline, the employee’s depression notwithstanding. That being the case, the proximate reason for disciplining the employee was his misconduct and not the fact that he was depressed. He was relatively capable and knowingly conducted himself in contravention of the rules of the workplace. Discipline was justifiably called for.

We at SERR Synergy assist employers to conduct incapacity inquires where an employee could raise a defence of depression. We guide and support employers to understand the specific and enhanced needs of an employee who may be suffering from depression. With the added pressure of the uncertainty brought about by Covid-19, coupled with what the office of the future may look like, depression may become more common. An employer will need to understand and appreciate this before making any decision that may have serious consequences.

Do not miss our next blog where we will share guidelines on motivating employees that work remotely.

About the Author: Jared Francis joined SERR Synergy in October 2016 and currently holds the title of KZN Labour Manager. He is an admitted attorney who has practised in KZN and Gauteng and has more than 10 years' experience in the legal and industrial relations fields, respectively. He holds an LLB degree, a Post-Graduate Diploma in Industrial Relations and a Post-Graduate Certificate in Forensic Investigation from the University of KwaZulu-Natal. He also holds Post-Graduate Certificates in Advanced Labour Law, Corporate Law, Advanced Human Resource Management and Health and Safety from UNISA. He is currently studying towards his MBA.

Understanding the impact of POPI Act Compliance on your business
Personal information has become one of the most powerful commodities in the modern world.
Read More ›
Workplace Skills Plans submission deadline 2021
Skills development has become a strategic priority for enterprises wishing to attain or retain an acceptable B-BBEE level and also meet the requirements of the Skills Development Act.
Read More ›
Understanding the impact of the Amended National Minimum Wage 2021
Employment and Labour Minister Thembelani Nxesi recently announced that the national minimum wage for each ordinary hour worked will increase from R20,76 to R21,69 as from March 2021.
Read More ›

Understanding religious discrimination in the workplace
South Africa is a religious and culturally diverse country where all cultural, religious and other belief systems are accorded equal constitutional protection.
Read More ›
GUIDELINES FOR YOUR BUSINESS AND THE CORONAVIRUS
These are certainly trying times for all business owners worldwide. The challenges are numerous and include cash flow, planning in a fast-changing environment and the strategy going forward after the Covid-19 pandemic.
Read More ›
Important directives to access the CCMA during the lockdown
The Commission for Conciliation, Mediation and Arbitration (CCMA) has released a set of directives on how access to the CCMA will
Read More ›
COVID-19
Online Resource & News Portal
SAcoronavirus.co.za