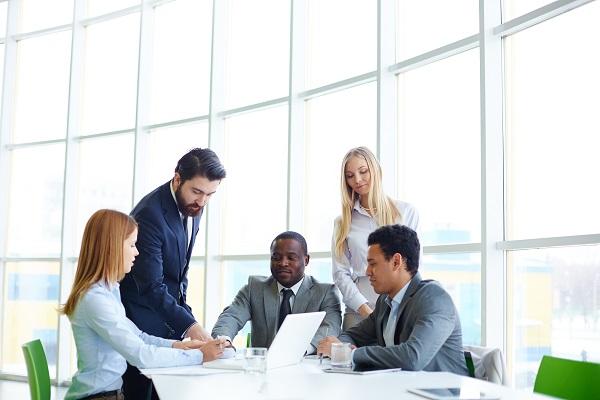 The Legal Sector and development of the Law has developed from the 1600s and is today, a formidable R30 Billion industry. From the onset of our country’s legal framework, it has included elements of a hybrid system which includes Legislation, Judicial Precedent, Indigenous Law, Common Law and Legal Academic Writings.

In a previous article we discussed the importance of Broad-Based Black Economic Empowerment (B-BBEE) compliance for law firms, in this article we aim to explain B-BBEE compliance in the Legal Industry with reference to the practical application of the B-BBEE Codes based on annual revenue thresholds.

Previously disadvantaged individuals, black people and women, fought fiercely to become part of the Legal Community and although our law was in development since the 1600s, the first female to be admitted to the legal fraternity, Madeline Wookey, was only successful after approaching the Cape Supreme Court in 1912 – three hundred years subsequent to our country’s first legal system onset.

In order to eloquently, “right the wrongs of the past”, the South African Government has embarked on a journey to establish an all-inclusive economic society, where previously disadvantaged individuals are given the opportunity to partake in the economy.

The integration of the Broad-Based Black Economic Empowerment (B-BBEE) Programme in South Africa has been at the fore front of commercial transactions for the past 18 years. The first Broad-Based Black Economic Empowerment strategy was published in 2003. B-BBEE has permeated through all spheres of commerce and the Legal Profession’s transformation to comply with a proposed Legal Sector Code has been submitted to members for commentary.

The response on the Legal Sector Code is very controversial, mainly due to the Constitutional Separation of Powers Doctrine, and it is argued that Legal Practitioners should enjoy Constitutional freedom from partisan political programmes and judicial independence. Initially B-BBEE Compliance in the Legal Industry was crucial for procurement, however, the proposed Legal Sector Codes aim to regulate B-BBEE regardless of State affiliation.

With the promulgation of the Legal Practice Act 28 of 2014, attorneys and advocates are collectively referred to as Legal Practitioners. The purpose of the proposed B-BBEE Legal Sector Code is to provide for inclusion of previously disadvantaged persons and to ensure the legal sphere provides equal opportunity for Legal Practitioners. The proposed Codes will be applicable to all legal practitioners, including those in private practice, Universities, Legal Aid and those employed by the State. The inclusion will permeate from the Private Legal sphere to the Public Legal Sphere.

The practical application of the Codes are based on annual revenue thresholds:

The practical application of the Codes are based on annual revenue thresholds and other categorization. With specific reference to the turnover thresholds, the suggested categories would look more or less like this:

In all admiration of the spirit and purpose of the proposed Codes, one of the practical applications of the element “Socio Economic Development” seems controversially onerous requiring pro bono hours ranging from 150 to 500 hours per annum depending on the practitioner’s threshold. This requirement could inadvertently undermine one of the objectives stated in the Proposed Codes, namely, to provide access to justice. Consequentialism, or rather the categorical imperative would need to be considered if the means would justify the ends, as the proposed pro-bono hours could alter our accessibility to Legal Practitioners and the costs thereof for the broader community.

Our Legal Industry is not free from transformation as the Digital Age and the current COVID-19 pandemic has already proven and altered our Legal profession. The transformation should notably be feasible to be achieved by not only large corporate firms, but also by the sole practitioner. The purpose of the proposition of the Codes were to invite commentary and development of a feasible code for all legal practitioners. Currently the Legal Sector’s compliance with B-BBEE is not compulsory, but discretionary.

In light of the proposed Codes, one has to investigate whether the means would justify the end. If the measures are too drastic, it could end up being perversely counterintuitive. Albert Einstein once said, “The intuitive mind is a sacred gift and the rational mind is a faithful servant. We have created a society that honors the servant and has forgotten the gift.” SERR Synergy assists law firms to perpetuate the best solutions for their firm adhering to the applicable legislation in order to achieve the priority element of ownership. We have refined the processes in which law firms can participate in this B-BBEE climate by minimizing the risk and maximizing the opportunities in a unique South African business environment.

About the Author: Deonette Jacobs obtained her LLB degree in 2017 and is an admitted Advocate of the High Court of South Africa. She joined SERR Synergy in 2018 where she currently holds the position of Corporate Legal Advisor. She prides herself on playing a vital role in assisting law firms and companies with their compliance in ownership.

Are B-BBEE Trusts still valid and what are the requirements?
The objective of B-BBEE is to increase the effective participation of black people in the South African economy and promote a more equitable income distribution.  In this regard, trusts can provide financial benefits to more black people than individual ownership structures can.
Read More ›
What type of information should be included in a PAIA manual?
The Promotion of Access to Information Act (PAIA) requires that entities declare and categorise the information available in their businesses in the form of a Manual, which must be submitted to the Information Regulator, while a copy thereof must at all times be available on the business’s premises and website.
Read More ›
Understanding the “spirit” of uBuntu and how it links to B-BBEE and South African law
What is the Spirit of uBuntu? uBuntu is essentially about togetherness, and how all our actions have an impact on others and on society.
Read More ›